What they are - modern preschoolers

Modern children are very different from preschoolers, middle and end of the 20th century. The world information space and it has changed so much and rapidly that it was noticeable even in small children. 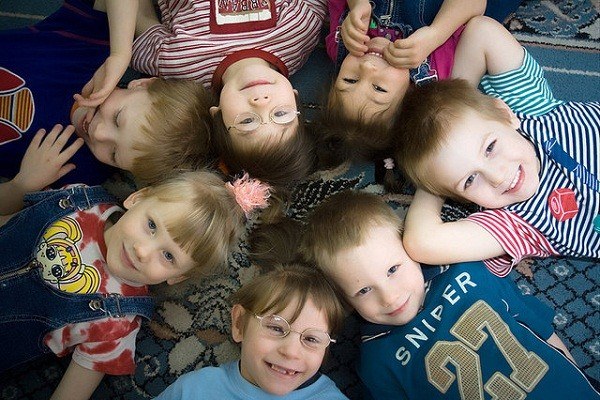 Related articles:
Instruction
1
Recent studies reveal that modern children have a high activity, high anxiety and irritability, aggressiveness, restlessness, a large volume of long-term memory, but bad at focusing for a long time. Modern preschoolers in many ways more persistent and demanding to their parents, they are able to reflect on the meaning of actions and unwilling to comply with pointless requests. These children are confident and more willing to display emotions, but at the same time, they are weaker by health, have sometimes a number of diseases that the sooner children are not hurt.
2
Many changes in society have led to changes in the behavior of preschool children. Currently parents more serious approach to the development of their children, so the child at an early age is beginning to show an increased thirst for knowledge and absorb information, which 20 years ago was inaccessible to children his age. Modern preschoolers aged 3-4 years are able to solve logical tasks, which previously asked for children 4-5 years of age. Moved and psychological crises in children of preschool age: the crisis of 3 years is now coming for a year or two later, while the crisis that has previously occurred in a child before entering the school now takes children aged 7-8 years.
3
However, thanks to modern educational and computer technology, the child's mind becomes unstable. Every day he is faced with such huge flows of information that every body could take it. Already from an early age the child is surrounded by TV, radio, cinema, computer games, the Internet, he learns how to use them, but often becomes restlessness, unstable attention, inability long time to focus on one thing. Today's children can simultaneously listen to a story and draw or collect a constructor, but sometimes unable to sit still during a conversation.
4
They are well trace the causal relationships of human relations, the plots of movies or TV series. Their views are in many respects broader than those of children of their age before they previously begin to reflect on serious topics. However, it can be a dependent in the most simple things: to tie my shoelace, find clothes to make the bed. A serious problem in children of preschool age lies in their hyperactivity and speech quality. They talk a lot, loudly, but poorly speak the sounds, not try to translate the number of these sounds in quality. Almost every 5-year old child now requires the assistance of a speech therapist in the development of correct and competent speech. Suffers not only articulation, but also vocabulary, he modern children are much poorer than their peers from the 20th century. This affects them the permanent companionship of TV and computer games instead of books.
5
In society today disrupted the close ties of friendship between the children, they are almost nowhere began to chat and play without the supervision of parents or caregivers. Previously, this function was performed by the children's yard teams. Today it's too dangerous to let children play, so the role of the children's game halted. The child learning games kindergarten, but free art is becoming more and more irrelevant, therefore, the imagination of a child is not as bright. Have no kids and heroes which could by example to teach them morals. Modern heroes – fun, but for the most part empty, the child is simply no one to learn from the best examples of behavior.
Is the advice useful?
Подписывайтесь на наш канал