What are the consequences of Smoking during pregnancy

Smoking during pregnancy increases the risk of dysfunctional its completion. In addition, nicotine may have a detrimental effect on the health of the future baby. 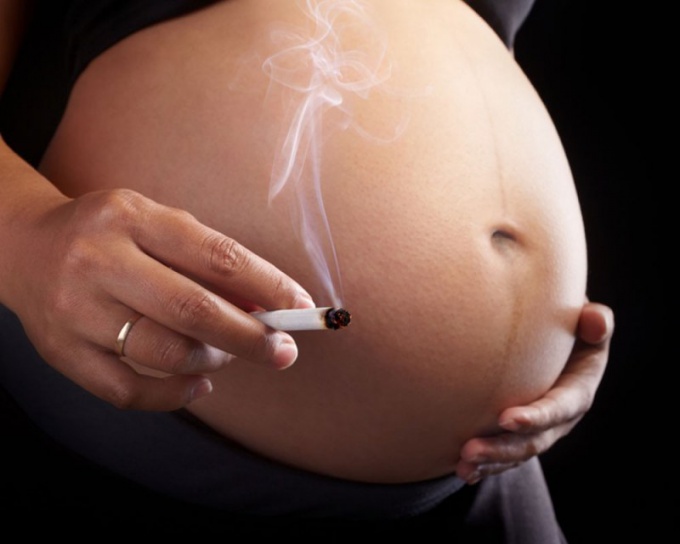 About the dangers of Smoking during pregnancy known, perhaps, all. But very few people understand how detrimental can be the influence of nicotine on the fetus.

According to studies, Smoking during pregnancy increases the risk of inadvertent interruption of almost 2 times. Smoking expectant mothers should think about it and give up the addiction as soon as possible. It is advisable to do this several months before conception, but if not, you should quit Smoking immediately after the news of impending motherhood.

Upon receipt of the nicotine in the pregnant woman's body, he immediately crosses the placental barrier and causes spasm of blood vessels of the placenta, resulting in fetal oxygen. In some cases it can cause miscarriage. In the later stages of pregnancy, Smoking can cause premature maturation of the placenta and premature birth.

Because of the constant oxygen starvation of Smoking mothers are born weak, sick children. Most often babies are born premature. Scientists have proved that Smoking during pregnancy also triggers mental disorders in children.

The effects of Smoking expectant mother

It has been proved that regular Smoking cigarettes during pregnancy can have very dire consequences for the child. Some deviations may occur immediately after the baby is born, and some become visible after many years. Sometimes people are even unaware of why exactly they are suffering from a particular disease.

Children born to Smoking mothers often suffer in childhood. As a rule, they are lagging behind their peers. The infant mortality rate among babies born to women who smoke, significantly higher than among those children whose mothers never smoked.

Cigarette consumption during pregnancy increases the risk of having kids with severe disabilities such as autism, cleft palate, cleft lip.

Children of Smoking mothers often suffer from mental disorders. They are prone to depression are often irritable and occasionally experience anxiety.

According to research results, children born to mothers who smoke very often become smokers when they reach a certain age.
Is the advice useful?
Присоединяйтесь к нам
New advices