The principle of operation of induction motor

Asynchronous electric motor - the most simple design, the device family units, converting electric voltage into the energy of motion. 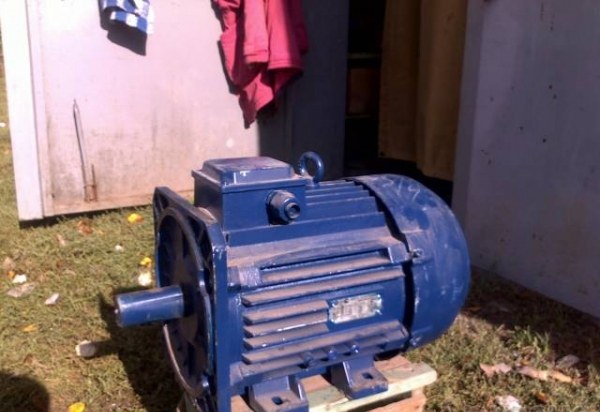 Related articles:
The first engine of this type was proposed by the inventor Dolivo-Dobrovolsky. The General principle of operation is based on the interaction of a short-circuited winding and of the magnetic field in the rotational motion. To strengthen the field, the motor windings are placed on a pair of cores assembled from electrical steel (thickness 0.5 mm). Thus to reduce the losses associated with eddy current, steel plates isolated from each other by varnish.

The fixed part or stator is a hollow cylinder. Inside it is laid in the grooves of the winding is designed for three-phase voltage, which excites the magnetic field. The moving part, the rotor, is also produced in the form of a cylinder, but only solid. The place of its location – the motor shaft. The rotor winding is placed on its surface, in the grooves. If you mentally remove the coil to the moving part, you get something like a cylindrical cage (aka squirrel cage), in which the role lattices play aluminum or copper terminals, bridged at the ends. On rods that are inserted into the slots, the insulation is missing.

Induction motor at rest can be compared to a transformer, only here, instead of the primary winding wire of the stator and the secondary is the rotor winding. Available on each phase winding of the stator voltage is balanced by the electromotive force induced by a magnetic field. Thanks to him, in the rotor, a voltage is applied. According to Lenz's law, the current in the rotor winding will tend to weaken the field that induced it. However, field weakening will reduce the EMF in the stator, resulting in disturbed electrical equilibrium, which constitutes a surplus of unbalanced voltage. The current in the stator increases the magnetic field increases and balance is restored.

The currents in the stator and rotor are proportional. I.e. change the voltage in the stator winding results in a change of voltage in the rotor winding. When the engine starts to rotate, the magnetic field with high speed crosses the rotor winding, whereby it is induced EMF. The stator also occurs inrush current that exceeds the nominal (working) about 7 times. The phenomenon of push starting characteristic induction motors. With increasing rotor speed, it creates EMF gradually decreases, respectively, decreases and the current in the windings of the rotor, the stator. When the engine achieves full rpm, the current is reduced to nominal. If the motor shaft load, the current will increase again, thereby increasing the power consumption of the network.
Is the advice useful?
See also
Присоединяйтесь к нам
New advices