How to pass the spider in Limbo

Limbo is a game of logic and sober thinking. This will require not only to move but also to think a head. Most of the players face the problem of the passage of this game in the place where there is a spider. 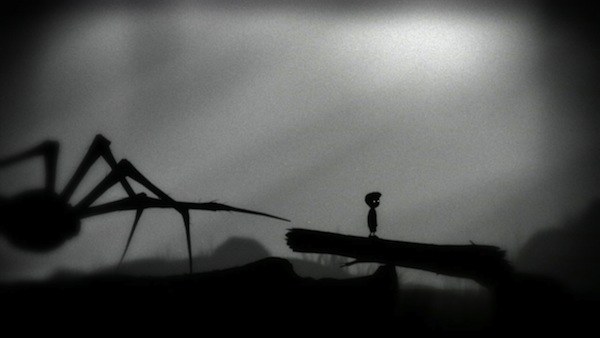 Related articles:
Limbo is a very good casual game, which appeared relatively recently. Today it has a huge number of fans and lovers. In this game the user will have to control a boy who is in limbo. Limb, according to the legend of the Gentiles - the place where the restless souls. The story itself in this game is not served by any means, but the atmosphere and present in this game, the puzzles do their job.

Meeting with the spider in Limbo

Many players may face different challenges in this game. One of the most popular is the giant spider. At its core, this meeting will last long enough, but you can get stuck at any stage of this moment. For the first time with this enemy the player to meet in the fifth Chapter. Pass the time fairly quickly, without spending little to no effort. The tree sticking out three feet of a spider, and if you approach him, he'll try to stab you. Need to make sure that he several times struck the ground, after which the tree will fall the trap. Need to move this trap to the spider so that the next time he tries to hit you, his paw got there. This procedure should be repeated several times, then the spider will be hidden from view.

After the giant spider will lose several of their limbs and you pass on, you will come across in his network. Of course, just to get out of them you get, and the spider will eventually wrap you in a cocoon. After he goes back, you need to move actively. In the end the web will not stand and will break, and you fall to the ground. You need to gradually go farther, jumping gaps in the land. In the end, you will see a round stone. You need to make it so that when it rolls, to have time run backwards. Then find the next rock, jump on it and move that way. Further down the cliff, you will get rid of its cocoon.

Then when you pass through a little farther, the spider appears again, and then you need to get away from him. The first obstacle in your way - the log that you want to push into the water and use it to move to the other side. Then when the pass a bit further on the way there is another log that has a large size. Here it is necessary to keep the balance, and at the time when the spider will stand on one side of the log and you will be on the other, need to jump to the ledge.

In order to get rid of spider, you need to jump on the stick that props up the stone and manage to hide in a small corner. The stone will roll down and crush the spider. A little further you will meet again with the same spider, though now he will only have one limb. Need to run up and manage to Dodge his blow. Then again come to him and removes his last limb, but the belly of the spider use to close a big hole in its path.
Is the advice useful?
See also
Присоединяйтесь к нам
New advices