What is pixel camouflage

The development of individual masking means fighter began with shapes of color "khaki", first used in the British army. With the development of science and military Affairs on a form began to appear spot, simulating a forest or grass cover. One of the last, at the moment, is pixel camo or digital camouflage. 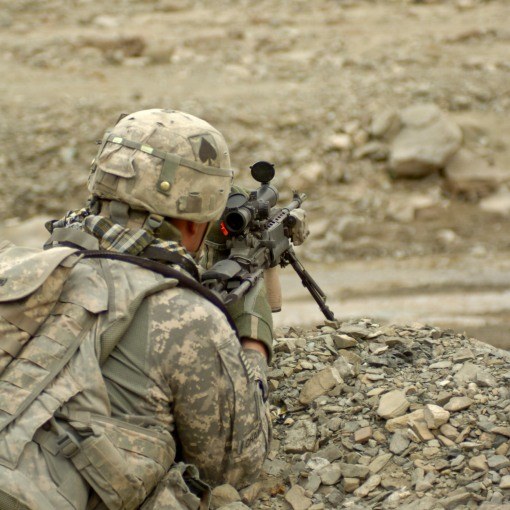 The history of appearance of the pixel camouflage

Pixel camouflage was developed in the 60-ies of the last century in the United States. Then he more resembled the domestic camo "birch" than in modern samples of digital camouflage. However, during the operation of an experimental batch of these camouflage costumes, military leadership of the United States was recognized their ineffectiveness and the project was delayed until the 90-ies.

The Soviet Union also conducted its work on the digital camo. In 1944, there was developed the early version of camo "birch". Had not yet had any idea about pixel camo, but some ideas about disguise were. The result was a cross between standard and pixel camouflage. Unfortunately, due to the limited technological capabilities of the Soviet textile industry during the great Patriotic War, mass production of this camouflage is not gone, replaced by a less effective but easier to manufacture "amoeba".

In the 90's, in the United States were resumed work on the pixel camouflage. Its development was carried out with the help of computers, selects the optimum location of the pixels. Behind them, the development of this type of camo has begun and Russia, which in 2008 began to enter service with the army.

The principle of operation of the pixel camouflage

When you look at pixel camouflage, it appears that you are looking at beyond measure enlarged photo on the computer. He is not composed of smooth lines, and small squares-pixels of different colors, spread along military form.

Unlike the standard camouflage, which is designed to mask the whole-body, pixel camouflage as if "breaks" the body into several parts, each of which is separately fused with the terrain. Due to this effect, a significantly improved cloaking fighter not only in stationary, but in motion, when the silhouette "smeared" in a blur.

Pixel camouflage is not a panacea for all ills. Wrong color in the wrong time will deprive you of all the benefits of the "pixel". In our band the most effective camouflage "flora" how to best merge with the forest.

However, the downside to this seemingly efficient camouflage is the need for accurate selection of his color under the place of fighting. If a large spot standard camouflage, when you look at it from afar has a chance to "embedded" in the surrounding area, the digital camouflage will be a strange blur, quite distinct from the surrounding area.
Is the advice useful?
Присоединяйтесь к нам
New advices