How to call a doll for a child

Wizard, that manufacture of hand-made dolls, choose a name for their creations very carefully. For them it is almost the same, what to name the child. The naming of the doll, bought for the baby in the store, not so responsible and hard, but there are rules. 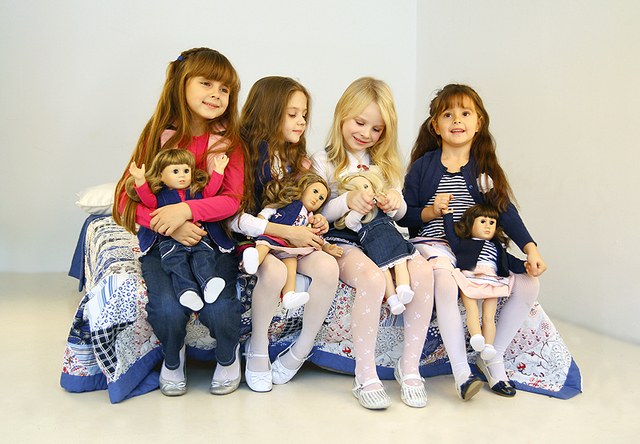 Related articles:
Manufacturers often give the toys dolls names, or release a series of dolls with a single name. One of the most famous such series is the famous Barbie. But each doll should have its own name, even if they resemble each other like sisters.

Why the name of the doll?

Some parents very young girls think child to see the "extra info", and do not consider it necessary to give the name of each toy. The doll enough to call "Lala". Child it's easier they say.

Psychologists do not agree with this opinion. Toy, especially depicting the man – not the usual play for the baby. Each of them has its own characteristics, we can say, individuality. From an early age, the child, naming her dolls by name, used that in addition to common nouns, is also own.

Moreover, experts suggest to give not only the names of the dolls, and toys representing animals.

What to name the doll?

Preschooler 5-6 years choose a name of your own – his experience already allows to do it. Read stories, watched cartoons, names of others – there are plenty to choose from! Maybe the kid will run it by mom, but to insist on his opinion is not worth it. The child already has a personal perception of each toy, and it may significantly differ from the parent.

To tell your child the name of a toy that is specified by the manufacturer is also not necessary. Why limit a flight of fancy the little man? To think of a name for the doll is a fun, creative process that cannot tolerate a rigid framework.

But playing with dolls and younger children. Here parents should be actively involved in the search for a name or even give his own. The name should be such that the child could easily to say it without distortion. So, three baby is unlikely purely to pronounce "Mary" or "Ira", but "Tata" or "Anya" utter easily.

Let the doll's name will be familiar, but does not match the name of the child. Preschoolers are egocentric, they'd be uncomfortable to share a name with a doll.

It does not matter if over time the child will be called the doll differently.

In role-playing games, the doll may also get a "role" and a new name it appropriately.

Changes with age the nature of the game develops itself, the child and his perception of the toys, too, can change.
Is the advice useful?
Присоединяйтесь к нам
New advices