What skills should a child in 5 months

In five months, the child quickly masters new physical skills and actively develops mentally and socially. The life of the baby becomes more intense, all the free time he devotes to the familiarity with the environment and the study itself, which contributes to greater development of the motor activity. 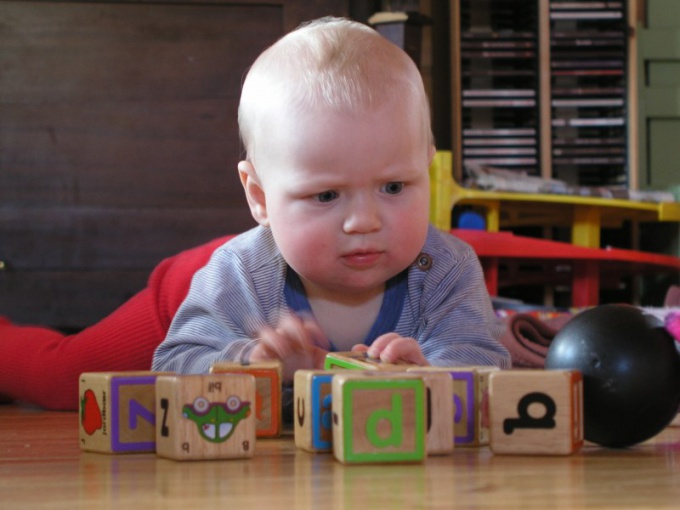 That the child should be able to do in 5 months?

At this age, children are usually already well-seated, holding hands for support.

The baby's spine is still weak and unsteady, so without the support to put the child is not worth it.

If the child is to take under mouse, it becomes straight, not bending legs. 5 months baby confidently and purposefully toys and objects, choosing from several offered that he likes. He shakes them, touches or explores the mouth, shifts from one hand to another. Changing the seizure, the child is acting not instinctively, but consciously, he's holding a toy, in opposition to the thumb rest.


Lying on your back, the baby can lift the head and shoulders. Physical development your baby may even try to sit up on their own, pulling themselves handles. In addition, children 5 months later roll over from back to tummy, which can lead to falls, so parents should be careful and not to leave the baby alone.

Psychological development of the child

Five months is an important stage in the social development of the baby. Now he already knows all the people close to him, contrasting them with others. At this age children begin to show distrust to strangers, do not go to him on my hands and tense up in their presence.


Emotional development of the child in 5 months also walks far ahead. Now he feels a multitude of feelings, including joy, sadness, fear, arousal, and alertness, while each manifests it differently. The child is 5 months sensitively distinguishes between the intonation in the voice of the parents. Affectionate speech he will answer with a smile, but if sounded strict tone, he might start crying.


The 5-month-old toddler is actively developing conversational skills. He had a long and respawn COO, enjoying the sound of his own voice. If parents communicating with your child, recite the separate sounds and syllables, he tries to repeat them, enriching their vocabulary. Talk he may be trying to articulate the various requests at the same tone and sound set parents understand what their baby.


Change the child's behavior on walks. Now he falls asleep, as before, in the fresh air, and wants to sit and observe all that you can see out of the stroller.

If the walk the baby cannot sleep, you need him to talk, telling where you're going and what's around him.

The game is an essential tool for the development of children. In games with parents of 5-month-old toddler may long to focus on the bright toys and looking for her mother, if she is hiding behind the headboard.
Is the advice useful?
See also
Присоединяйтесь к нам
New advices