How to calculate the penalty of the refinancing rate of

It often happens that the credit agreement provides for a certain percentage or a fixed amount for failure to perform obligations to the Bank. If such parameters are not in the contract, forfeit the Bank has, based on the current rate of refinancing, which is calculated on the basis of a number of indicators. 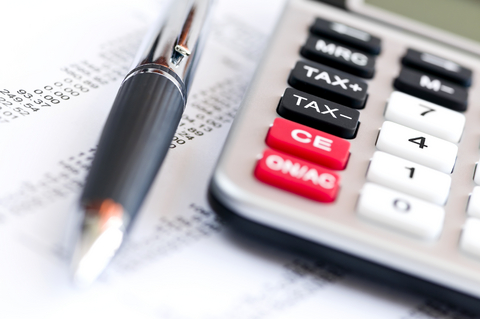 Related articles:
You will need
Instruction
1
Calculate the amount of the debt.Otherwise, this parameter is defined as the sum of cash required to be paid or refund. This amount may be a debt under the credit agreement or any document involving a settlement between two private persons or legal entities. The amount of debt is denoted as S.
2
Determine the number of days of delay.The delay starts from the day when the payment is not received by the Bank. For example, the deadline for the payment 10th. If to 23:59 hours this money is not received, the 11-th Bank is entitled to charge a penalty. This parameter is denoted as K.
3
Specify the value of the rate of refinancing.Taken the rate of refinancing on a specific number. If during the period of nonpayment of debt, the Central Bank changed the rate of refinancing, there are the penalty separately for each specific period. Rate refinancing is denoted by the symbol R.
4
Determine the number of days in a year.In this setting, it should be clarified that for the calculation of the penalty from the rate of refinancing is taken to be 360 days, not 365 as is usually taken into account when calculating the number of coefficients. The reason is simple, 360 days is set by the Resolution of Plenum of the Supreme and Supreme Arbitration Courts of the Russian Federation from October 8, 1998 under serial number 13/14 "Practice of application of the provisions of the civil code about the commissions and percent for using other people's money" number of days to calculate the penalty.
5
Calculate the penalty from the rate of refinancing.The penalty from the rate of refinancing (debt) is calculated by the formula:(S*K*R) / 360Стоит to note that the penalty constitutes a wrongful retention of other people's money, non-payment of the debt or its amount, as well as nonpayment of the obligations of the contract, if its term has expired, and the period of payment have not been previously provided.
Note
The penalty is intended to be significantly different from fines, interest on arrears and penalties. Therefore, before to proceed to the calculation of penalties from the refinancing rate, it is important to determine the cause of the accrual of such penalties.
Is the advice useful?
See also
Подписывайтесь на наш канал