How to appeal against the Prosecutor's

One of the main tasks of the Prosecutor's office supervises compliance with legislation. Protest is a form of prosecutorial response. Makes it attorney or Deputy. This document must contain the exact name of the body requesting the protest, the name and articles violated the law. Requirements must be well-formed. You must also specify the circumstances that gave grounds for protest. In some cases, a protest may be appealed. 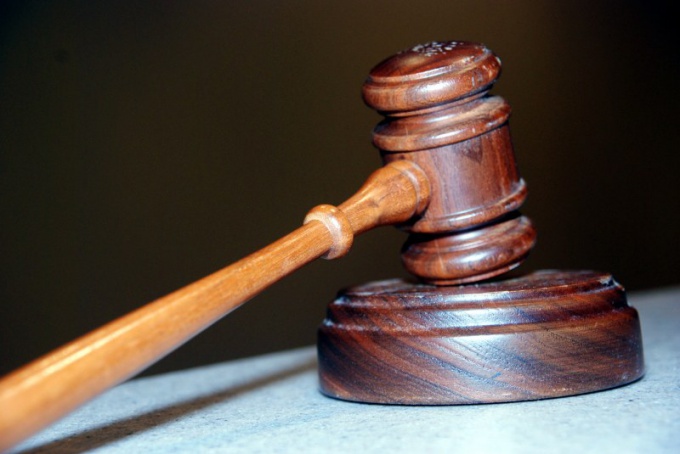 Related articles:
You will need
Instruction
1
Consider the protest. Usually about the appeal of the Prosecutor's protest, not a speech. It can be meet or not to meet. In any case, the law provides a ten-day deadline for taking action. However, the Prosecutor may set up and less time for consideration. If the protest submitted for decision of the representative body, deputies should consider it at the next meeting.
2
Send to the Prosecutor the answer. This must be done on the same day, when it is considered a protest. In exceptional cases it is possible to send the answer the next day. Justified delay can be solely the lack of technical capabilities to answer in the day of examination. If you decide to dismiss the protest, the Prosecutor can solve this question through court.
3
To withdraw the protest is only entitled to the official who sent him. In this case, the Prosecutor or his Deputy. The reason for this step could be a change in the law. Can change the opinion of the Prosecutor, for example, if you opened some new circumstances in the case. To withdraw the document before its consideration.
4
The reason for the appeal may be mismatched protest the prescribed form, the lack of references to relevant legal provisions, as well as the intervention of the Prosecutor in matters not within its competence. For example, the city or the district Prosecutor may appeal against the decision of the district representative body or local self-government bodies of rural or urban settlements. To appeal the decision of the regional legislative Assembly, he has no rights. This should make the regional Prosecutor.
5
To appeal the protest through court or administrative order. Refer the complaint to the judicial authority for the location of the attorney. Prepare to be that your claim will reject. In practice, in judicial decisions on such matters usually stated that the protest is an act of prosecutorial response, not an offensive act. Challenged can only be deviant act, and he may be declared invalid.
6
Much more effective may be an appeal to a higher Prosecutor. Please refer to the following in order of subordination of the Prosecutor. Demand to consider a submitted complaint or petition on the merits. The name of document, item of the law, which brought the protest. Formulate their objections. They should be supported by reference to relevant legal provisions.
Is the advice useful?
See also
Подписывайтесь на наш канал