How to answer the Prosecutor's

You received representation about elimination of infringements of the legislation of the Prosecutor's office, and you don't quite know how to answer it. You must specify in this view, why made the violations listed in, if they really are the place to be, or to say I don't see any violations. The law does not entail for you in the second case, the immediate negative consequences. 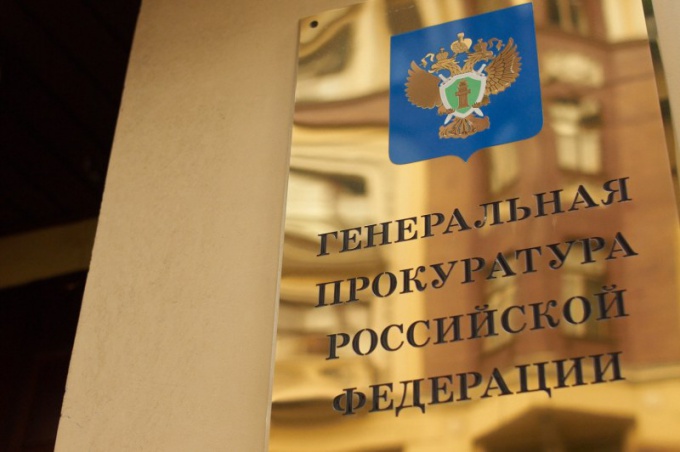 Related articles:
You will need
Instruction
1
Read the submission of the Prosecutor and check it for compliance with article 24 of the Federal law "On the Procuracy of the Russian Federation". The Prosecutor has no right to demand from you that is not specified in this article. Also check who signed the submission. It has the right to sign only the Prosecutor or assistant Prosecutor, or other employees of the Prosecutor's office to present to sign can't. If signed by the latter, the representation has no legal force and may leave it without consequences.
2
If the submission has been signed correctly, and requirements correspond to powers of attorney, then you have two choices. First option: you are the answer to performance. Usually it is given about two weeks or a month, in some cases less. In it you indicate why admitted violations of the law. Or can you answer that to prevent violations and did everything under the law. The second option is not to respond to the submission of the Prosecutor.
3
If the Prosecutor is not satisfied of your answer, or violations you continue to allow it, it is likely that you will cause, or the Prosecutor on the conversation with the AUSA, or directly on the court. In the first case, nothing to worry about. This is just a conversation: the Prosecutor will ask questions in fact violations, and you answer. Don't worry, no jail, etc. does not threaten you.
4
If you arrive a subpoena, then get ready for the process according to the General rules. The only caveat would be that to act in court as plaintiff's attorney. It is best to gather as much evidence. Carefully read the legislation you violated. Prosecutors often seek for good statistics, but because sometimes "reaching" some of the articles or evidence.
Note
If you are a sole proprietor, the attorney for some of the compositions of administrative offenses to start the proceedings on an administrative offence.
Useful advice
Remember that the immediate negative consequences of the refusal in satisfaction of requirements of the Prosecutor does not threaten you.
Is the advice useful?
See also
Присоединяйтесь к нам
New advices