How is the sanctification of the apartment

The Orthodox faith allows us to sanctify all that is necessary for human life, including his home. Sanctification is the Church ceremony, after which, the person, his home and his business comes from the grace of God. 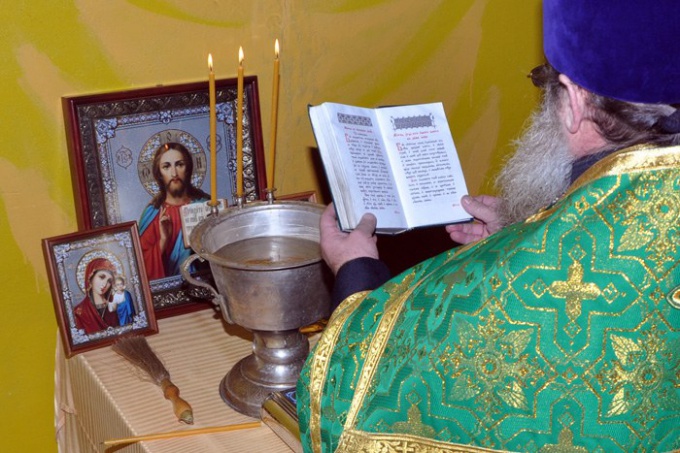 Related articles:
According to Christian faith, every person, every animal, every country, city, village, or house, have their guardian angels. But not always they can cope with the dark forces. And if a person can ask God for protection in prayer, for the welfare and protection of the state or of the village pray to parishioners, the housing needs to sanctify, to expel from it the messengers of evil. During the consecration the priest raises to God a prayer about the cleansing of the room, sprinkles it with Holy water and smudge with incense.

In the modern world, where the air - a concept sacred to Orthodox Christianity, filled radio and telefonami that convey a lot of negativity, sanctify the house just to. It is considered as true adherents of the faith. After the ceremony an evil spirit is difficult to resist the grace of God and to administer his evil deeds. And those who do not believe in God, noted that after the consecration of the apartment life was getting better, retreated adversity and setbacks, with unruly and difficult children to establish contact, and those suffering from alcoholism or drug addiction managed to overcome his craving for them.

How does the consecration of the housing

The rite of consecration of a house or apartment is on the so-called special rank. The word "sanctification" in this case is somewhat different, and the prayer that is read during the ceremony, often uses the word "blessing."

During the beginning of the rite of consecration of the apartment the priest reads the so-called initial prayer. The owners of the house at this time he recommends to ask God's blessing for themselves, their families and their home. Then read the ninetieth Psalm, which is considered the most powerful weapon against the devil and his minions.

Then comes the turn of the reading of the Troparion, lighting unctuous oil, which is applied on the wall is a symbol of Christianity cross. And only after that there is the sprinkling of the apartment with Holy water, smudging it with incense. All the steps of the ritual accompanied by prayers where the priest asks the Lord to send defenders of their home for all who live in it and protect them from all evil, send his grace.

The consecration of the apartment is not much time – from 30 minutes to 1 hour. During the ceremony it is desirable the presence of all who live in it, but if someone from the family is not a fan of faith and strongly against the consecration of apartments, you can do it secretly.

How to prepare your apartment for the rite of consecration

Before to come to the house the priest for the rite of consecration, it is advisable to put everything in order. Definitely need to remove all pagan amulets, even if they are used as decoration the interior as a memory of rest or guest.

For the priest it is necessary to prepare a table covered with a clean white cloth, where he can place the necessary for the rite items. In addition, the house should be Christian icons, and the image of the Savior is necessary.
Is the advice useful?
See also
Присоединяйтесь к нам
New advices