What is the difference between oats and oatmeal

Favor of consumption of cereals is very difficult to overestimate, but oatmeal is one of the most popular varieties. Probably all Russians know the famous phrase "Bunting, sir!" but in the modern stores of raw material for the preparation of this dish may sell under different names – porridge and oatmeal. So what's the difference? 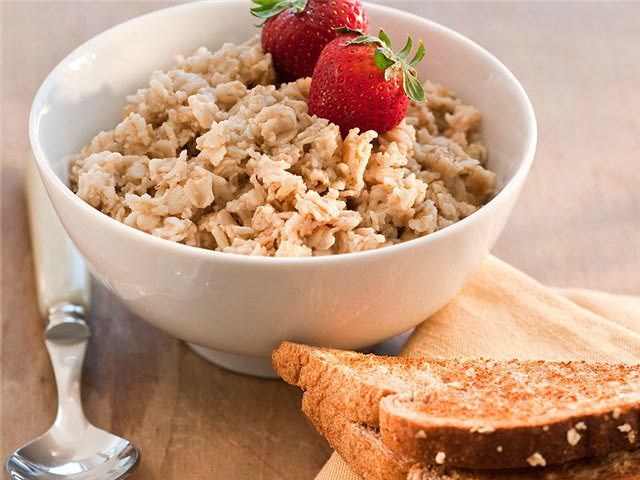 What is rolled oats and oatmeal?

If a detailed consideration of the issue of depression in the production methodology, we can obtain the following results. Oatmeal or, as it is called, oatmeal is a whole grain, in appearance slightly resembling the ordinary Fig. For cooking beans, you need a longer time – usually not less than 30 minutes.

In turn, Hercules is the commercial name of the cereal, made with whole oats. It is obtained in the following way – in a special industrial machines, the grain is first cleaned, then steamed and flattened. In principle, the Hercules is fundamentally different than oat groats, the product, in the preparation of which need 5-8 minutes or even a simple steaming with boiling water.

It is considered that Hercules, less useful product, so long as heat treatment is able to literally wash out useful vitamins and substances. It is, of course, is quite satisfying, but some nutritionists call Hercules "empty product", which is suitable for infrequent snacking and has valuable sanochnik rejuvenating and revitalizing effect.

Nutritional properties of oatmeal and Hercules

First and foremost, this product is most valued crude fiber, which can absorb and remove from the human body toxins, cholesterol and heavy metals. It oatmeal also able to normalize the level of glucose in the blood, produce bile, stimulate intestinal peristalsis and affect motor function.

Great in oatmeal and the vitamin E and PP, group B. the Latter actively influence the condition of skin and hair, as well as on the Central nervous system. Thus this grain is a kind of sedative. Oatmeal is rich in potassium, magnesium, phosphorus and calcium, the latter a trace element actively involved in the formation of bone tissue of the human body, preserves the beauty of the skin and nails. Less, but still there in the rump, chlorine, sulfur and sodium.

Another trace mineral, which are full of fiber – silicon, which makes this product a true natural talent, gives beauty and youth. Nutritional value of 100 grams of oatmeal has 12 grams of protein, 60 grams of carbohydrates and about 6 grams of fat. But, as mentioned above, for getting all this benefits it is best to cook grits, not "empty" Hercules.
Is the advice useful?
See also
Подписывайтесь на наш канал