How to cook river fish in the pan

River fish has its fans. Despite the presence of small bones and a peculiar smell that fish love and cook often enough. In order dish turned out even tastier, you need to know a few secrets of making roasted fish. 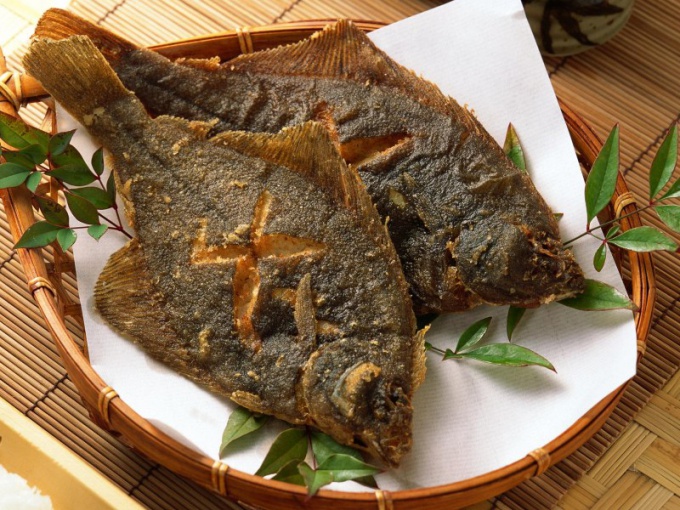 About what the fish delicious - sea or river, there's a lot of controversy. Some think river fish are too bland, while others believe that it is sweeter and more flavorful. In addition, the annoying presence of many small bones and the "swamp" smell. Although everyone has different tastes, ability to cook fish in a pan is very important for every housewife. The fish was really tasty, you should know a few secrets of its preparation.

You should not get too carried away with seasonings. The basic seasonings for fish are salt and pepper. Do not add salt and spices to the breading as the fish will be tough and fragrant and delicious is just the crust. The spices sprinkled on the fish before frying, not during it.

Processing river fish before grilling, the usual. You need to clean fish from the scales, cut off the fins and head, gut it and remove the black film. Then rinse under running water. Use the breadcrumbs or not – everyone decides. But still it is recommended that at least a little to roll the fish in flour.

Fry fish on a regular refined sunflower oil. But it turns out much tastier fish, fried in olive oil or blends of vegetable oil and butter, taken in equal parts.


There is also a method of cooking fish without the fat. When cooking fish in this way on a heated pan poured salt in a thin layer and heated until then, until the grains of salt will begin to "jump". Salt is then removed and immediately placed the prepared fish.
Before you start frying, the pan is strongly heated, then put the oil and then fish.


About the amount of oil necessary for frying fish, there are several opinions. Someone said that the better fish to fry in minimum amount of oil. Others recommend not to feel sorry for him so that it was boiling in the pan. It is believed that the fish will not absorb excess oil. But with a lack of it may burn and not be covered in a delicious Golden crust. Fry the river fish to form a crispy crust, this pan does not have cover.


The first five or even eight minutes, the fish can neither touch nor turn over, otherwise it will fall apart. Fry the fish on one side, you must turn it, do it better than a wooden shovel.


Frying fish takes 10 to 15 minutes. It depends on the size of the pieces and fire intensity. After cooking, immediately remove the fish from the pan, otherwise it will soak the oil and will have an unpleasant taste.
Is the advice useful?
See also
Присоединяйтесь к нам
New advices