How and why Jews are circumcised

Circumcision is a kind of contract, sealed between the Jewish people and God. This surgical procedure done for different reasons: social, religious, ethnic or medical. Circumcision is the first father's duty to son. 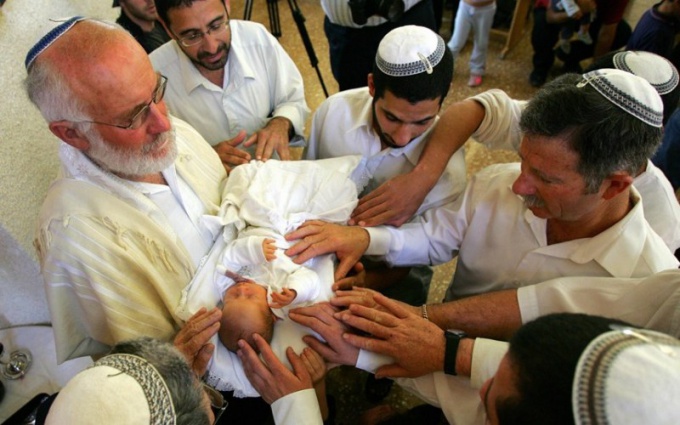 The commandment of "Brit Milah"

There are several versions of why there was such tradition – to make the newborn Jewish boys are circumcised. On one of them, this is done for reasons of hygiene, advanced and reasonable even theologian Philo of Alexandria. Subsequently, the study, indeed, confirmed the fact that circumcision is useful from the hygienic point of view and protects from diseases. But this is not the main reason for doing it.

The operation is performed not earlier than on the eighth day of a baby's life, sometimes on the ninth or tenth. It is a sign of his belonging to the Jewish people throughout their life. Sometimes the commandment violated and not circumcised on the eighth day, for example, if a child is ill. Then do it on the eighth day after the boy's recovery, as in this case, recovery equivalent to rebirth. According to command, the operation can be performed at any time of the day, but this is usually done in the morning, after morning prayers.

The procedure of circumcision

Isaac was the first in history the baby who was circumcised. According to the commandment after the circumcision it is customary to arrange a small festive meal, as did the father of Isaac. Circumcision is usually performed in the synagogue. Circumcision consists of three parts: Mila, pria and Marica, and to make his special people, have – mogel. Special honour awarded man holding during circumcision, the boy in the arm, it is called Sangak.

All those present at the ceremony are required to stand when making a child and say, "Welcome!". When Sendak picks up the baby, mogel begins to pronounce the blessing. Then, when mogel directly performs the circumcision, a blessing, says already the father of a newborn baby. There is a tradition after circumcision to drink wine and pour a drop into the baby's mouth. The protagonists, of course after the baby, his father, mogel and sandak - clothed, according to tradition, in the "tallit".

Mogel, wielding a conventional surgical tool cuts the foreskin of the penis of a baby then sucks the blood through a special tube, after which the sexual organ sprinkled with abraded powder of rotten wood, the so-called Pulver. Upon completion of the excision procedure all participants shout "Mazel tov!" and congratulations to the parents of the baby. Then he is given a name, usually a traditional Jewish.
Is the advice useful?
See also
Подписывайтесь на наш канал