Domestic and foreign policy of Nazi Germany was largely determined by the personal position of the head of state — Adolf Hitler — in relation to the national question. A nation was recognized as inferior according to Nazi doctrine, however, the persecution of the Jews was particularly fierce. One of the reasons was a personal dislike of Hitler to this nation. 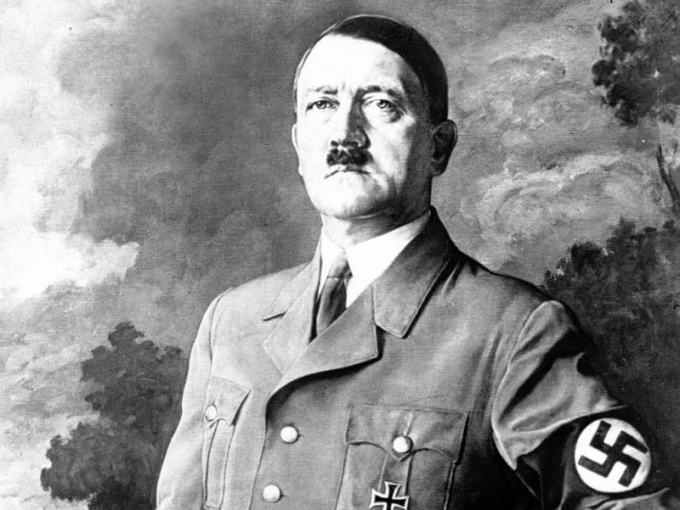 The historical and ideological causes of the hatred of Jews

Since the middle Ages in Germany, lived a large Jewish community. By the time of arrival of the Nazis to power is enough most of the Jews assimilated and led the same lifestyle as ordinary Germans. The exception was the few religious communities. However, anti-Semitism existed, and even tended to increase.

Hitler himself at first sight had no reason to be a special hatred for the Jews. He was descended from a German family and spent his childhood in a German environment. Most likely, his views began to form as a reaction to the plight of Germany after the First world war. The country was in political and economic crisis. In addition to external reasons — the payment of reparations, the defeat in the war Hitler began to look for inner causes of problems in the country. One of them became a national issue. Inferior Nations, harming the development of the state, he took of the Jews.


There is an opinion that one of Hitler's grandfathers was Jewish, but official confirmation of this theory was not found.

Hitler relied on stereotypes that emerged in the middle Ages, stressing the treachery of the Jews and their desire to seize power. He tried to reaffirm his words that the Jews historically, including the beginning of the thirties, possessed of considerable property, often held high positions in the intellectual sphere. This caused a dislike of people who are not successful, including Hitler, and provoked their thinking about the world Jewish conspiracy.

Anti-Jewish views of Hitler were supported by the population, largely due to strengthen the political crisis in the country and the world economic crisis of 1929-1933.

The practical aspect of hostility towards the Jews

Dislike of Jews was not only ideological, but also practical aspect. At the beginning of the reign of the Nazis, Hitler supported Jewish emigration, thus confiscating from leaving most of their wealth. Initially is the physical destruction of the Jews was planned by their total expulsion from the country. Over time, however, the führer changed his mind.

The Jews became a free labor force, thus their arrest and the maintenance in the concentration camps there an economic justification. Jewish roots became possible to monitor and intimidate the population. Those who had at least one relative of a Jew, but for the most part was German, usually not deported, but the regime has been able to have on them for more power.
Is the advice useful?
See also
Подписывайтесь на наш канал