Where there is more caffeine: coffee or tea?

Coffee and tea have invigorating properties and help to focus attention and improve motor skills. The fact is that these drinks contain special compounds — alkaloids caffeine, theophylline and theobromine. 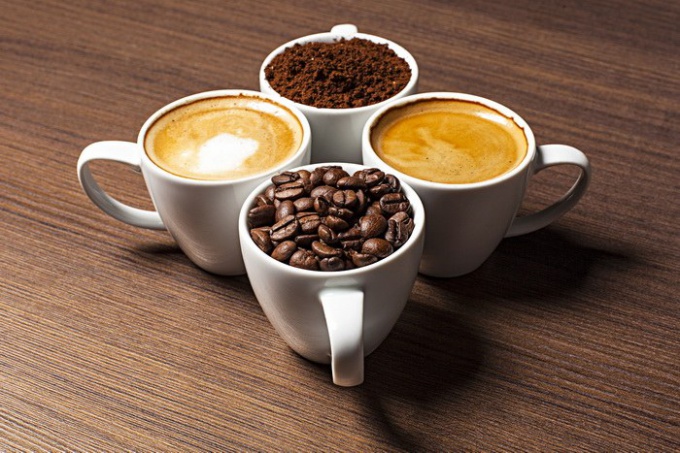 The problem of morning drowsiness highly relevant for inhabitants of the big cities, so many are wondering what drink invigorates better and which of them contains more caffeine. Experts have studied the properties of coffee and tea and came to some interesting conclusions.

The composition of alkaloids in coffee and tea is fundamentally different. Tea contains not only caffeine in significant quantities, but also theobromine, and theophylline. Coffee the contents of the two latter compounds is very small.

These alkaloids completely different effect on the body. Well caffeine stimulates the Central nervous system, accelerating the speed of nerve impulses. In other words, coffee happy effective, but very short shock to your system. But theobromine or theophylline on the Central nervous system is affected very little, but they stimulate the heart, accelerating blood flow. It saturates body tissues with oxygen. Due to the similar effects of theobromine and theophylline in tea is more gentle and mild stimulant.

How much caffeine is in tea?

The amount of caffeine in a Cup of tea, first of all, affect his grade. The better and more expensive the tea, the higher the caffeine content. This substance is particularly rich in very young tea leaves and buds, which are part of good tea. In addition, caffeine is often depends on region growing of the tea. This parameter affects the local climate, soil characteristics and the height above sea level. On high-mountainous plantations, the tea leaves grow more slowly, accumulating a greater amount of caffeine.

If we talk about the average caffeine content, it can be noted that a Cup of black leaf tea in two and a half times less caffeine than a strong brewed coffee. In the Cup of espresso caffeine four times more than in regular coffee cooked in a coffee pot or coffee machine.
Is the advice useful?
Подписывайтесь на наш канал