That means an eight-pointed star

The eight-pointed star – a symbol that has existed in many different cultures. It was used by the Babylonians, Christians, Egyptians, agnostics, Hindus, Buddhists. It can be seen on national flags and in religious iconography. 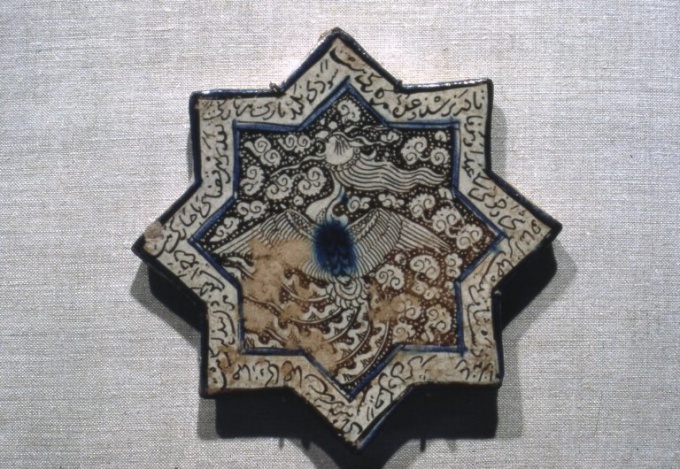 Related articles:
Depending on the culture that gave it birth, the eight-pointed star may have a different value. A symbol closely associated with the group of eight. The number eight is present in the Buddha's teachings as the noble eightfold path. In Chinese culture, there are eight immortal gods. The universal significance of the group of eight – a balance, harmony and cosmic order.

The symbol is embodied as designations to the stars in early astronomy, and human attempts to represent cosmic order and unity, which are present in the creation of the world. It is simultaneously religious, astronomical and mystical sign.

The Symbolism Of Ancient Babylon

The ancient Babylonians eight-pointed star was a symbol of the goddess Ishtar, which is also associated with the planet Venus. Ishtar is often compared to the Greek goddess Aphrodite or the Roman Venus. All these goddesses personified the love and desire, but Ishtar was also the patron of fertility and war.

The number eight is often associated the Jews with the beginnings, resurrection, salvation, and abundance. This is due to the fact that seven symbolizes completion. For example, the eighth day is the beginning of a new week. And, keeping God's Covenant, a Jewish child on the eighth day passes through circumcision.

The Egyptians of the old Kingdom honored a group of eight gods, four goddesses and four gods. Each divine pair represented the original force or substance, and together they created the world. This eight gods served as examples, borrowed other cultures, which, in turn, portrayed her in a star-octagon.

The Star Of Lakshmi

In Hinduism goddess of wealth Lakshmi is surrounded by a halo of eight rays. They are represented by two squares superimposed on each other and form a star. These rays represent the eight types of wealth, namely money, the ability to overcome distance, endless prosperity, victory, patience, health and nutrition, knowledge and family.

When you meet two stacked on top of each square, the symbol often emphasizes duality: Yin and Yang, feminine and masculine, spiritual and material. Squares often point to physical phenomena: the four elements, compass directions.

The star of chaos

The star of chaos is a star with eight emanating from the center rays. The symbol invented by the English writer Michael Moorcock to denote chaos. Despite the literary origin of the symbol, it can often be seen in a variety of contexts, from magic to religion.

The symbolism of Buddhism

In Buddhism, the eight-pointed star inscribed in the symbol of the "wheel of Dharma". In turn, the wheel symbolizes the Buddha's teachings on the eight virtues as possible to get rid of attachments and related suffering. These virtues are right view, right intention, right speech, right behavior, right life, right effort, right mindfulness and right concentration.
Is the advice useful?
See also
Подписывайтесь на наш канал