What you can cook buckwheat

Buckwheat is not only healthy but also very tasty product. Buckwheat is a perfect substitution for rice and wheat, it contains more protein, amino acids, vitamins and minerals, in addition it has no gluten. Buckwheat dishes can be both savoury and sweet, hot and cold, it all depends on what you cook buckwheat. 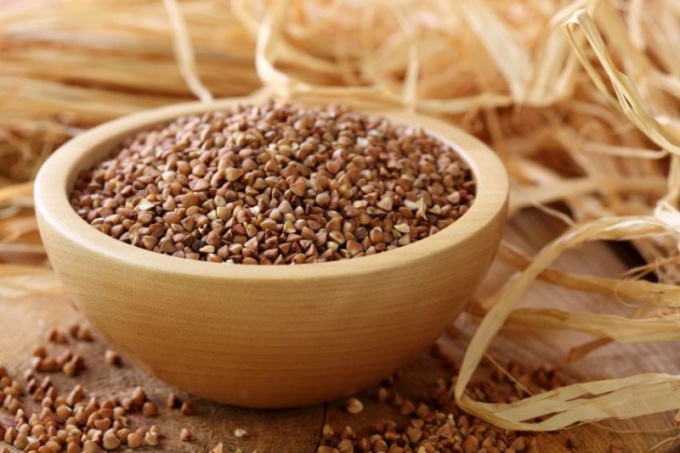 Buckwheat is often served for Breakfast. It's a good alternative to oatmeal or semolina porridge. A hearty Breakfast is obtained from boiled buckwheat with milk and sugar, often buckwheat cooked with egg. Unusual, but very tasty get the buckwheat, if you can cook it with apples and cinnamon. You will need:
- 1 Cup buckwheat;
- 1 tablespoon of butter;
- 2 ½ Cup cow or almond milk;
- 1 cinnamon stick;
- 1 pinch of grated nutmeg;
- 1 teaspoon of salt;
- 2 apples, Granny Smith;
- maple syrup.

Put in a saucepan of buckwheat, add cinnamon, nutmeg, salt, stir in the milk. On medium heat bring to the boil and simmer for 20 minutes, stirring occasionally.

Apples wash, cut, remove the core and cut into slices. Add the porridge and cook it for about 10 minutes. Turn off the heat, remove the cinnamon stick and add the oil and maple syrup to taste. The gruel is ready.

To cook porridge for lunch

Buckwheat is often prepared in monasteries, because it is the perfect Lenten dish. Such buckwheat is traditionally added to fresh or dried mushrooms, onions, carrots. If you are fasting, add in this dish the bacon. You will need:
- 1 ½ cups buckwheat;
- 20 grams of dried porcini mushrooms;
- 3 cups of water;
- 1 onions;
- 1 carrot;
- 4 strips of bacon;
- 2 tablespoons of butter;
Sol.

Boil water. Pour her dried mushrooms and leave for 20-30 minutes. Peel the onions and carrots. Carrots grate on a coarse grater, shred the onion half-rings. With mushrooms, drain the water into a separate bowl, squeeze out excess liquid. Slice the mushrooms into small pieces.

Fry the bacon until Golden brown in clarified butter. Remove with a slotted spoon and place on paper towel to absorb excess fat. In the same pan, where roasted bacon, fry the onions, carrots and mushrooms.

Buckwheat pour mushroom extract and cook for about 30 minutes on low heat. Add bacon, mushrooms and vegetables. Mix well, remove from heat and allow 2-3 minutes to stand under the lid.

To buckwheat porridge, you can add fried pieces of meat, offal, vegetables, such as onions, carrots, bell peppers, cherry tomatoes.

In the Jewish kitchen, there is a traditional dish made from buckwheat – porridge varnishkes. To do this, you need to:
- 1 Cup buckwheat;
- 1 chicken egg;
- 100 grams of egg noodles;
- 2 cups chicken broth;
- 2 liters of water;
- 3 tablespoons of vegetable oil;
- 2 heads of onions;
Sol.

Cut onions into small cubes and fry until Golden in olive oil.

Lightly beat egg in a small bowl. Add buckwheat and mix thoroughly so that each grain was coated with the egg mixture. Put cereal in a saucepan and cook stirring over medium heat until the egg starts to koagulirovat, pour in warm chicken broth, and season with salt. Bring to a boil, reduce heat and simmer, covered for 10-15 minutes.

Meanwhile, boil until cooked noodles, drain the liquid from it and add with onion to the porridge. Stir, if necessary, season with salt and serve.
Is the advice useful?
Подписывайтесь на наш канал