What is the interest rate and annual percentage

Interest rate - the rate in percentage terms that indicates the amount of the loan paid by the borrower for the use of money or the investor will receive on Bank deposits. 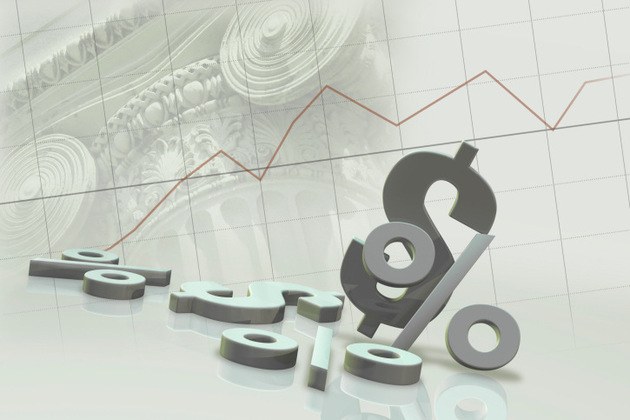 Depending on the properties of the interest rate to change over time distinguish between fixed and floating rates. Fixed rate prescribed in the contract, it is stable and does not change under the influence of any external factors. It can not review none of the parties.

Unlike its counterpart, the floating rate may be revised periodically based on the fluctuations of any indicators. For example, some banks increase rate on deposits when reaching the account a certain amount. Another example - metal deposits. In this case, the money is invested in precious metals, and the yield on the Deposit depends on changes in their prices in world markets.

Depending on the time of payment of interest on the loan distinguish decursive and anticipative bet. Last paid at the time of issuance of the loan, i.e. the borrower is advanced, in practice almost never occurs.

From the perspective of the banking market participants distinguish between the accounting rate (refinancing rate), interest rates (lending and Deposit rates) and interbank interest rate.

The refinancing rate is the most important economic indicator that reflects the percentage by which the Central Bank lends to banks. With its help, the Central Bank regulates the volume of the money supply, inflation, balance of payments, the exchange rate in the country.

Interest rates – the most common in the form of loan interest. The credit percentage is formed on the basis of the basic rate premium for the risk of default and debt payment for the credit rating.

The Deposit rate is always lower than the credit of a few percentage points. The difference between them is called "interest margin", it generates Bank profits.

Interbank interest rate operates on the interbank lending market. They are quite volatile and dependent on market conditions.

The refinancing rate of the Central Bank of the Russian Federation in Russia is 8.25%. It depend on rates of banks on credits and deposits. Banks typically raise deposits at a rate slightly below the rate of refinancing, and loans at interest in excess of it.

In 2013, the average interest rate on deposits has declined steadily. According to the Central Bank of the Russian Federation, in December 2013 it amounted to 6.2% per annum (for a period of one year, excluding rate demand), a decrease of almost 1% YTD.

The average annual interest rate on loans is much higher. At the end of 2013 it amounted to 23.5%.
Is the advice useful?
See also
Подписывайтесь на наш канал