How to cook cocktail with condensed milk

Probably almost everyone has heard about the alcoholic drink called "Bailey". Many people really like this liqueur, because he's so sweet and delicious. Afflicts only one - the price of liquor is quite high. Well, there is the opportunity to prepare homemade cocktail based on milk that taste very similar to "Baileys". I am glad also that the strength is you can adjust yourself depending on the mood. 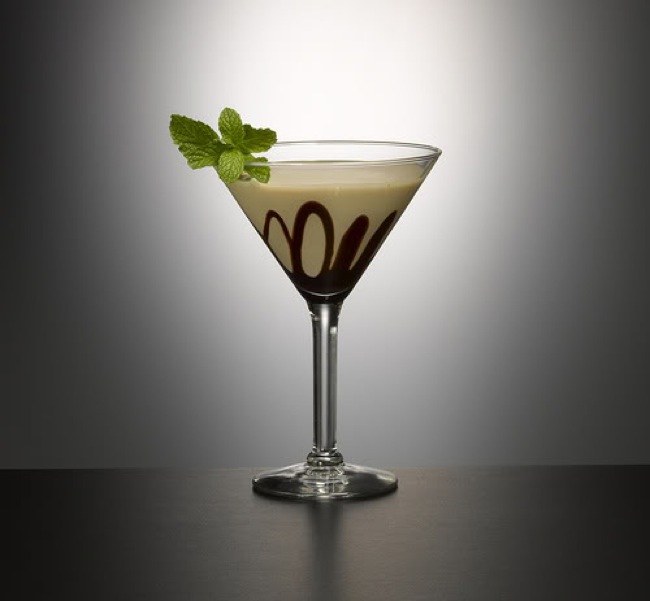 Related articles:
Real Irish "Bailey" is based on a combination of cream, whiskey and alcohol. In its pure form like it is in most cases only the hard core sweet tooth. Many people prefer it than any Supplement. For example, having a home, "Bailey", you can always surprise your guests with such an unusual cocktail, as a "Ball No. 8". This low-alcohol cocktail that looks more like a dessert than a drink. The secret of its preparation is simple: pour into a wine glass about 30 milliliters of analogue liquor and top off with a scoop of ice cream weighing about 30 grams. Believe me, this unusual combination of sweet alcohol and cool ice cream will not leave anyone indifferent. Can only figure out how to still cook analog "of Baileys" on the basis of condensed milk, because it is possible to prepare not only homemade cocktails, but soak the biscuits, add it to coffee and desserts.

That's the basic recipe, on its basis it is possible to invent many variations by experimenting with various elements and additives. Get creative and create a recipe for this cocktail is based on condensed milk that suits you. Of course, vodka is not the best ingredient for this cocktail. If you have the opportunity, use of whiskey and alcohol. However, there is one condition - do not overdo it with the alcohol, otherwise your guests and you may be surprised at the effect that would have a cocktail. Later you can replace the whiskey, for example, cognac. This experiment will give the cocktail a new flavor of paint.

Before you start making the cocktail in its classic variation, do not forget to properly cool the cream. After that, they need to mix with vanilla sugar and beat for five to ten minutes. Now came the turn of the condensed milk. After adding it to the cream, the mixture should again beat well. To the resulting homogeneous mass, add the appropriate amount of vodka, once again mix everything carefully and leave to infuse. Remember that it takes at least half an hour until, as you put homemade "Bailey's" in the fridge. Once the cocktail is well chilled, you can proceed to the most pleasant stage of the tasting.

Melt the dark chocolate, heating it in a water bath. Whip the cream together with the vanilla sugar, with this process for at least five minutes, then gradually add the chocolate, continuing to gently whisk the mixture, gradually pour in the condensed milk and again mix thoroughly. Of course, well, if you have a blender or food processor, the effect of hand-whipping you might be disappointed. After the mixture - the basis is ready, you can add the vodka again to achieve homogeneity and leave to infuse. Don't forget to chill the cocktail and due to this he gains a particular density. This home version of the liqueur is particularly well suited for the impregnation of biscuits.

Based on the classic recipe you can prepare coffee "Baileys". The process of making this variation of the cocktail is similar, however, in addition to the drink you need to add 15 grams of instant coffee. Remember that coffee should be of good quality, otherwise it may affect the taste of your cocktail.
There is another very interesting option of cooking "of Baileys" - with the addition of mint. Based on the recipe of the chocolate "of Baileys", but, in addition to the standard set of ingredients you need to prepare about 10 grams of fresh mint. During that time, how will you melt the chocolate in a water bath, add the mint leaves, so she could give the chocolate all its taste and aroma. Before you add the chocolate while you prepare the cocktail, don't forget to catch all of the mint leaves.
Is the advice useful?
See also
Присоединяйтесь к нам
New advices