Is it possible to fry the mushrooms

Mushrooms – large mushrooms family Serikovich common in deciduous and mixed forests. In the West they are practically unknown, but in Russia there are on the table from ancient times. When properly processed mushrooms can be used for cooking a variety of dishes. 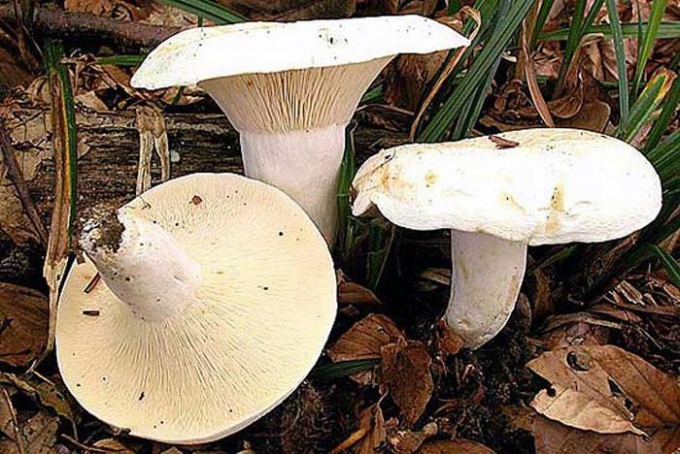 How to fry mushrooms

Traditionally in Russia, the mushrooms were salted in large barrels, resulting in the received fragrant, delicious, juicy and meaty snack. However, they can be prepared in other ways, including fry in the pan.

In ancient times in Russia, the mushrooms were called "kings" and was considered almost the only mushrooms that can be used for pickling.

As mushrooms contain a lot of bitterness, and the flesh of these mushrooms a bit harsh, they should properly handle for cooking. Have fresh mushrooms, you must first thoroughly clean the inside of the hat – this way, you will get rid of the part of bitterness. After that the mushrooms should be soaked in a large quantity of cold water for a day, then change the water and leave for 1-2 days.

Soaked mushrooms, rinse, add to the pot, cover with cold water and bring to a boil. Then the water from the pan should be drained and dial back clean. After the mushrooms boiled again, little need to salt the water and cook the mushrooms on low heat for about an hour.

Cooked mushrooms to be removed, dried and cut into pieces. Only after that these mushrooms can be fried the same way you – they are delicious and very soft.

From mushrooms, cooked in a pan, you can make old Russian dish – fried mushrooms with buckwheat. This requires the following ingredients:
- 1 kg of fresh mushrooms;
- 2 cups buckwheat;
- 3 cups of water;
- 2 heads of onions;
- vegetable oil for frying;
- greens;
- salt and black pepper to taste.

The fresh mushrooms clean and soak in water as described above. Then add to the pan, bring to a boil and change the water. After boiling and simmer 60 minutes on low heat.

Cut the mushrooms into small pieces, put in a pan with hot vegetable oil and cook on a slow fire until they become soft. 10 minutes before end of cooking add diced onions.

If mushrooms start to burn, add a little warm water.

While the mushrooms roast, prepare the buckwheat. For this loop cereal, a few times, wash it and pour in 3 cups of water. After boiling, add salt and cook until until the buckwheat is tender and water is gone completely.

Add cooked buckwheat to the pan to roast the mushrooms, stir and cover with lid to dish the real thing. Then stir again, arrange on a plate, decorate with greens and serve with sour cream.
Is the advice useful?
See also
Подписывайтесь на наш канал