What can replace Worcestershire sauce?

Sweet and sour Worcestershire sauce is like no other, is popular in England. Gradually, though very late, it is the usual condiment, and Russian kitchens. And then the question arises: if in the nearest supermarket it was, and salad "Caesar" want something to replace the sauce from the UK? 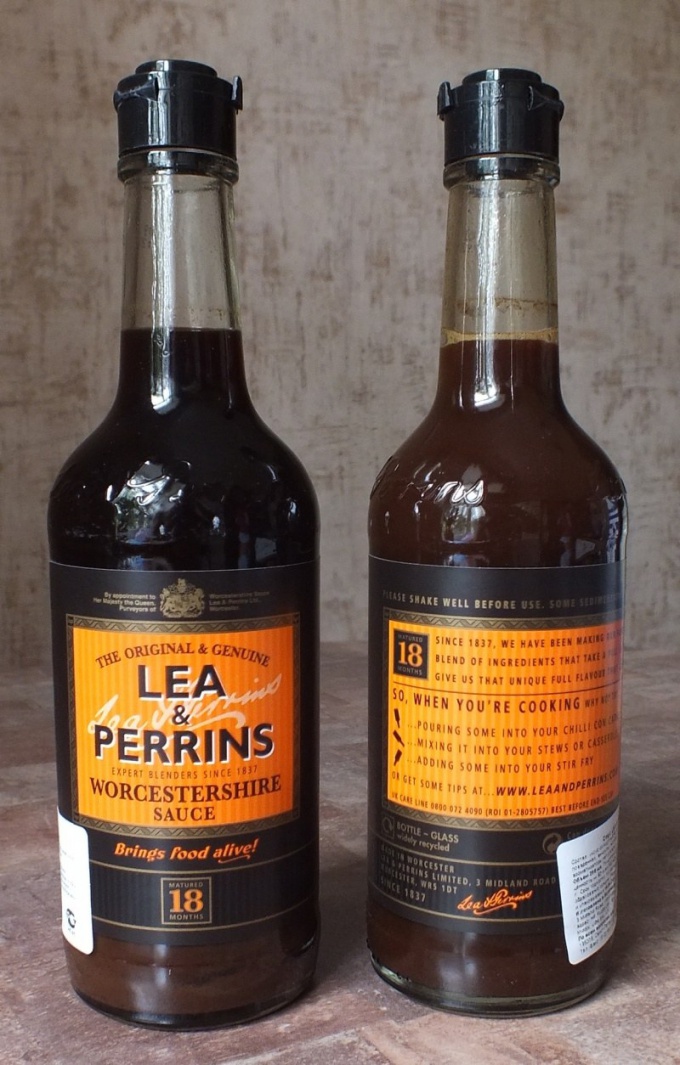 Related articles:
The name "Worcester" comes from the Worcestershire. According to the official version, in 1835, Lord Marcus sandy returned from the Bengal expedition, and bored Eastern food, ordered the local chemists to prepare the sauce according to the recipe brought from India. The membership was about 40 ingredients, and pharmacy, Lea & Perrins faithfully reproduced the formulation. However, according to legend, the result is not like anyone, and a container of tasteless sauce aside in a dark corner, where she remained for two years. What happened after two years of fermentation, and became the world famous Worcester sauce, over a hundred years which is the main seasoning of British cuisine.

It Worcestershire sauce gives a unique taste to the cocktail "Bloody Mary" and the popular salad "Caesar".


What is Worcestershire sauce

The manufacturers are pretty strict about keeping it a secret Worcestershire sauce, so the recipe is as such not in the public domain, but periodically there are the lists of ingredients. For example, one of them:

The trouble is that neither the proportions nor the tab order or the procedure of production is not really known. In addition, the presence of anchovies suggests that the sauce is prepared by fermentation, that is, a long fermentation, such as Thai fish sauce. These details, as well as an impressive list of ingredients that greatly complicate the preparation of Wooster at home. However, there are adapted recipes that make home manufacturing Worcestershire sauce are all real, but rather tricky.

So you firmly decided to cook Worcestershire sauce at home. For this you need onion, two cloves of garlic, anchovy, ground ginger, black pepper, a tablespoon of mustard seeds, salt, and 1 gram of curry powder, cinnamon, ground red pepper, cloves, cardamom, vinegar, half a Cup of sugar, 100 grams of soy sauce, tamarind.

Dip the onions in the vinegar solution and prokaryote ten minutes, then finely chop. Chop the garlic, add a little vinegar. Into a clean gauze bag put the garlic, onion, cinnamon, red and black pepper, ginger, cloves and cardamom. The bag need to quit.

Mix in a saucepan a teaspoon of acetic acid, soy sauce, sugar, tamarind paste. Dilute a small amount of water and boil for half hour over low heat. In a separate bowl, mix finely chopped anchovy, curry, salt, add a little water and add to the pan. Simmer for about 15 minutes.

Prepared a bag with spices, place in a glass bowl, cover with sauce and close the lid. After the sauce cools, during the week keep it in the fridge, every day squeezing the bag. Thereafter, the pouch can be removed, your pseudomuscari the sauce is ready. It is possible to marinate the meat, add it to salads or smoothies.

In Britain, the Worcestershire sauce is as familiar and popular as soy sauce in China or teriyaki in Japan.

Replace the Worcestershire sauce so difficult and expensive that it's easier just to go to the supermarket and buy a couple of bottles of this sauce in reserve, especially because it can be stored for a very long time.
Is the advice useful?
See also
Присоединяйтесь к нам
New advices