How to skin a fish

Any housewife knows how useful they can be dishes from fish, if properly prepared before cooking. Carefully remove the skin from fish is not always and often not at all. In some fish, e.g., pike skin is removed easily, while others – the one suffering. But learn still easy. 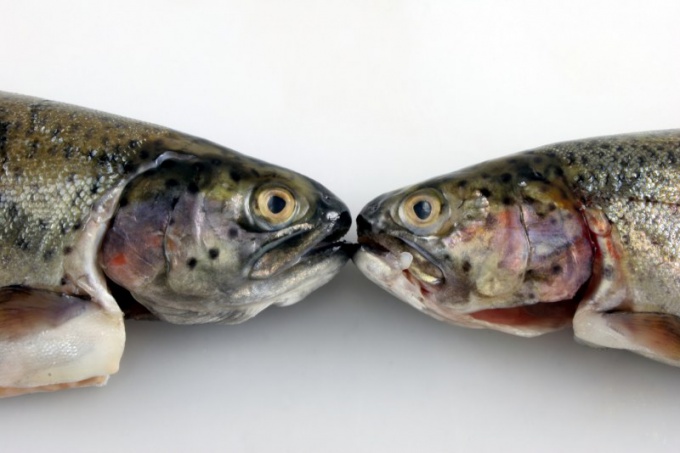 Related articles:
You will need
Instruction
1
Select any of the two methods of removing the skins from fish.
2
Method 1. Take raw fish, rinse it with water and peel off the scales. This is done with a knife in the opposite direction of the growth of scales. After the cleaned fish on top, start to separate from the skins. Cut the head off a fish. In order to remove the skinwithout damaging it, the so-called stocking and pull the skin from the base of the head towards the tail, like off the stocking inside out. If in some places the separation of the skin from fish is difficult, cut the knife. Incisions are usually made in a circle as skin. Cleaning the fish this way, please note that it must be an integer, neotrogena. Having reached the tail, just cut it with skin. This method is suitable for separating the skins from pike.
3
Method 2.Wash the fish in cold running water to release it from the scales. With a knife gently remove the gills and cut the fins. Head Express. Cut the belly of the fish throughout its length. Pull out all the innards with your hands, sometimes helping with a knife to scrape off the abdominal bone. Carefully cut out the backbone. The skin scrape, or a knife or a spoon. Thus, the skin is very easy to remove without damaging the meat. Removing the skin, the fish can be stuffed and stitched up the contents of the thread. After preparing a thread, of course, should be removed.
Useful advice
Skin, removed the stockings you can stuff. The meat is: fish meat, scrolled through a meat grinder 2 times, mixed with finely chopped onion, loaf of bread, previously soaked in milk and squeezed, and greens. Stuffed skin lay on the foil and hang the head. Surface fish grease with mayonnaise and wrap with foil. Bake in a preheated oven at 180 degrees for one hour. Pike served cold, so allow it to cool in foil and then unfold.
Is the advice useful?
See also
Подписывайтесь на наш канал