How to make chaff

Buckwheat chaff (prodel) has all the useful properties of buckwheat. Vitamins and minerals (calcium, phosphorus, magnesium) contained in it in large quantity. The stock of iron it rightfully competes with red meats. Due to the light absorption, its use is indicated even for people suffering from diseases of the digestive system. In addition, due to the smaller amount of time cooking, the loss of vitamins during cooking were not significant. 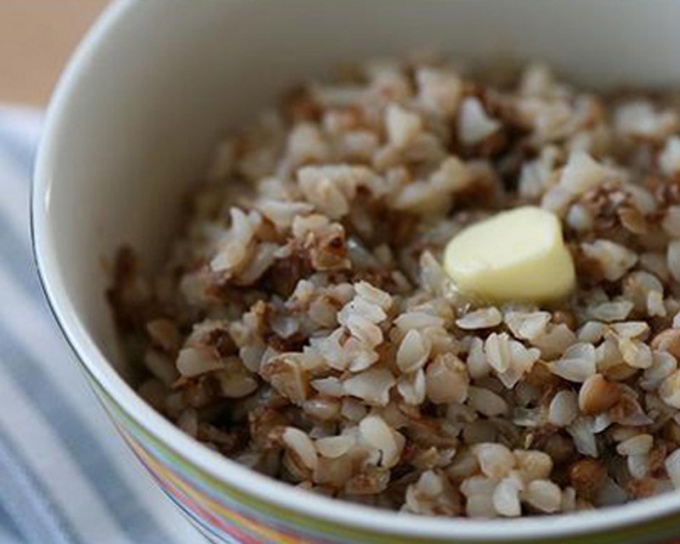 Related articles:
You will need
Instruction
1
Cut pork meat into small cubes, slightly dry, carrot cubes, onion half-rings. Make a cross incision in the tomatoes and fill with boiling water for 5 minutes. Carefully remove the skin. Slice the tomatoes into wedges.
2
Will rascality vegetable oil in a frying pan, then put back the slices of meat. Once the meat is browned, add the chopped onions and carrots. Bring the mixture in the pan until soft, add chopped tomatoes.
3
Switch to low heat, add salt a little black pepper. Simmer for 10-15 minutes.
4
Pour the chaff into the saucepan in which it will later boil. Beat in dry chaff raw egg and stir until smooth. Add semolina. The resulting mixture mix well and rinse just-boiled water.
5
Rinse with boiling water 3 to 5 times, depending on the degree of contamination of broken rice. During washing, the grains absorb water and swell. Add salt to taste, mix gently.
6
Carefully pour over a clay pot with boiling water and put chaff in there, the top will shift from the frying pan stew with vegetables, cover. Put the pot of porridge in a cold oven and set the temperature 200oC. After the temperature in the oven reaches the desired degree, leave the pot for 5-10 minutes in the oven. The time of steaming depends on the amount of the pot.
7
The finished pudding arrange on a plate, top sprinkle finely chopped dill.
Note
If you decide to cook porridge in a new pot, it should be washed thoroughly with water and detergent and bake in the oven. To do this in a clean pot pour some water (just to cover bottom) and place in unheated oven. Turn heat up to 200oC and, once the required temperature level is reached, warm up for 5-10 minutes.

Hot pot bet only on a wooden cutting Board or kitchen towel. Don't put it on a cold surface, as the pottery is very fragile and the sudden drop in temperature may burst or crack.
Useful advice
Washing cereals, make sure that the water had a condition of boiling water, only in this case, the degree of swelling will be sufficient. You may have to boil the kettle several times.
Is the advice useful?
See also
Подписывайтесь на наш канал