How to make all bots playing against

In Counter Strike you can play not only with real people over the network, but also against an artificial intelligence. Players controlled by computer are called "bots". Especially fun to play alone against a whole team of computer fighters. 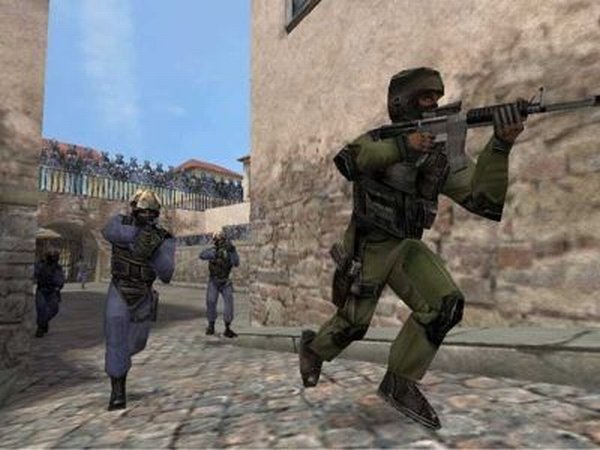 Related articles:
Instruction
1
Start Counter Strike and create a new game. To do this, click "New game" on the starting screen of Counter Strike. After clicking this button opens a dialog box for selecting options for future games. Select the map on which you plan to play. After that open the settings tab of the game options and set it the desired parameters of the gameplay, such as round time, seconds of freezing before the start of the round, the starting amount of money from the new arrivals of players, the ability to fire at friends and others. Then click OK and wait for the download of the game world, it may take from several seconds to several minutes, depending on the power of your computer.
2
After loading the game world, select the command for which you play. Then press ` (next to number 1 on the keyboard) to start the console Counter Strike. First type in console command "mp_limitteams 20". This command sets the maximum number of players on the same team. Then type the command "mp_autoteambalance 0". This command disables auto balance, that is, the number of terrorists and counter-terrorists can now be unequal.
3
In order to add bots, there are two ways. The first way - adding via console. To do this, write in the console the command "bot_add_ct", if you play for the terrorists or "bot_add_t" if you play for counter-terrorists. These codes add one bot to the enemy team, and introduce them to will be exactly as many times as you want bots to see in the opposing team.
The second way to add bots. Press H and in the drop down menu click 'Add bot to CT" or "Add bot to T", depending on the team.
Is the advice useful?
See also
Присоединяйтесь к нам
New advices