How to cook red mullet

The mullet is a schooling marine fish living along the coast at shallow depths. This fish has another name – barbatus, which she received due to the fact that to taste it before was allowed only to the sultans because of the wonderful taste. This fish is tender, a little sweet taste a little like crab meat. The mullet are absolutely delicious in any form – smoked, steamed, pan-fried, grilled, salty. Gourmets assert that the most delicious is fried mullet. 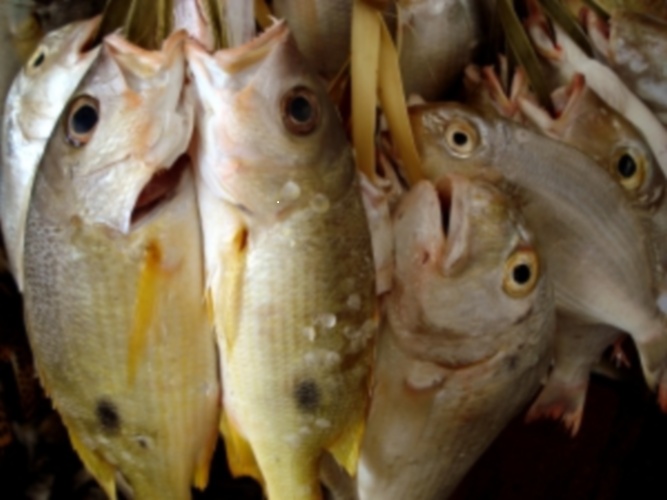 Related articles:
You will need
Instruction
1
Rinse the mullet under running water, carefully clean off the scales and roll it in the flour with the egg.
2
Heat the oil in a pan, then place a red mullet and fry until Golden brown.
3
Drain oil, to taste pepper and salt fish.
4
Fry in another pan of halved tomatoes in olive oil. Generously sprinkle finely chopped garlic.
5
Lay the fried fish on a dish, put it around roasted tomatoes, and lemon slices.
6
Try to cook red mullet in foil. Wash the red mullet, cleaned from scales.
7
Each red mullet, generously pour the lemon juice and sprinkle to taste with pepper, salt.
8
Individually wrap each fish in foil, pre-fluff it with butter. On each a mullet for the fragrance and beauty can be put on top a thin lemon slice.
9
Roll the foil as tightly as possible. Put the red mullet for 20 minutes in pre-heated to 120 degrees oven. When baking the mullet gives all its delicious taste – juicy, tender – without a trace. Serve the finished fish in foil.
Note
Red mullet before cooking can not Eviscerate because it lacks bile.
The flesh of this fish are abundant in high calorie easily digestible protein.
Fresh mullet has red color with tints, if the fish is dull, then it is of the second freshness. To prepare take only fresh fish.
Useful advice
More suitable for frying small mullet, and for baking in foil – large. Gourmets claim that less than a mullet, the better it tastes.
Fry the red mullet in different breading, very tasty it turns out the fish in flaky dough.
Fried mullet is well combined to taste with fresh cucumbers and roasted potatoes.
This fish is most suited to tomato based sauces, for example, gazpacho. Also with the mullet perfectly blended sour berry sauces, in particular, cranberries or cranberry.
Is the advice useful?
See also
Присоединяйтесь к нам
New advices