How to cut potatoes into strips

Potatoes – the most common and often used in cooking vegetable. It is usually added to soups, make fillings for cakes and pies, or cooked as a separate dish, cook or roast. The latter method of thermal processing of this product usually prefer. To do this, the potatoes are usually cut into strips. 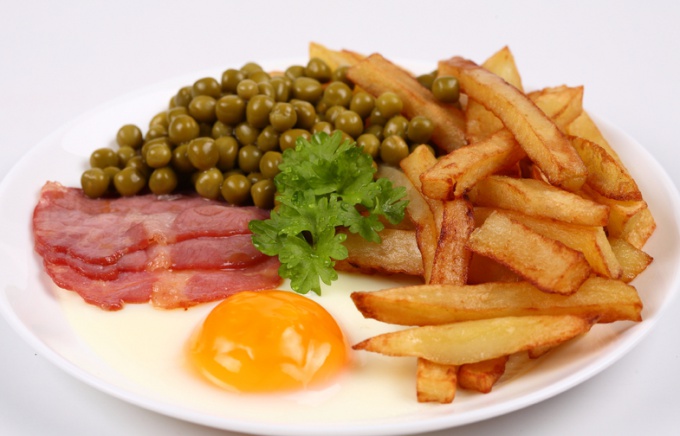 Related articles:
You will need
Instruction
1
To do this, first peel the potatoes from the skin and thoroughly wash with warm water. Then it is necessary to remove (cut with a knife) all dark spots and brown spots on the tubers. They should try to pick up roughly the same size, that straw subsequently, too, was the same and beautiful in appearance. Do not take sprouted or green potatoes: it is not tasty, and useful substances in it, most likely, left.
2
A good number of potatoes you need to calculate depending on how many people you are cooking dinner or lunch. After all these preparations proceed to the main part of the work – cutting potatoes into strips. Peel and slice the potatoes thin and need a very sharp knife. Otherwise, the desired result you reach. Slice just before cooking. If you do it early, the potatoes will turn black and will have an unattractive appearance, even after heat treatment.
3
Cut the tuber with a knife very carefully along into an equal number of plates with a thickness of about three millimeters. Then each part of the cut potatoes need to also cut lengthwise into several pieces – straws. Here the width you already define yourself as you please. Only a very thick straw to do though is not recommended, because then the potatoes will be very long fry, and it will affect the taste of prepared meals. In General, the average thickness of the straw should be two or three millimeters.
4
All the same steps described above repeat with the remaining potatoes. If you are going to cook the French fries, the strips need to be dried with a paper towel, leaving the starch. Then your dish will turn out the same as served in the café.
5
If for any reason you are too lazy to cut the potatoes manually, video can always choose a special fixture for cutting potatoes into strips. They allow you to do it in just a few minutes. However, to make pretty blanks, and they need to "fill the hand". But everything can be learned if you wish.
Useful advice
be sure to sharpen your knife in front, it will facilitate its implementation at times
Is the advice useful?
See also
Присоединяйтесь к нам
New advices