How to cook a light dinner

If you're on a diet, decided to arrange a fasting day or just follow the rules - not to eat at dinner heavy greasy food, this recipe is for you. Easy dinner does not mean boring and tasteless. Try to combine the pleasant with the useful. Dinner, even mild, may consist of 2-3 dishes. One of the simple ways to treat yourself without loading extra calories: salad with sorrel for the first and as a hot vegetable stew in a pot. 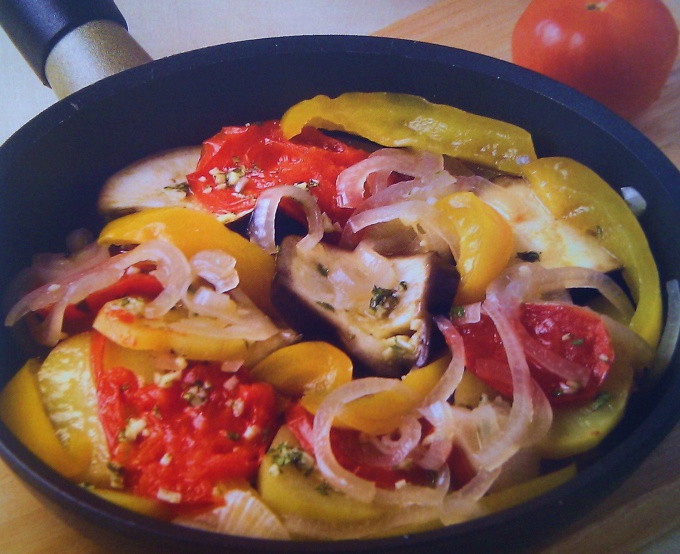 Related articles:
You will need
Instruction
1
Start with the stew because it is cooked longer. Wash the vegetables. Cut the eggplant ponytail. Chop the vegetable into small cubes, with a side of about 1 cm. do the same with zucchini. Cleaned before cooking these vegetables do not have, in the long heat treatment the skin becomes soft.
2
Next, clean and seed the peppers, cut them in large squares. Onions clean from the husk, cut so finely as you like. In the classic version of the onion cut into big pieces - quarters. combine eggplant, zucchini, peppers, onion, sunflower. Now for the tomatoes. Cut them into slices to put in the pot in layers.
3
Take one large clay pot or several small ones. Raw vegetables are very bulky, keep in mind, in the end, the contents of the pot boiled almost twice and give plenty of water. If you start to fill stew pots too tightly, the liquid during cooking will spill over the edge, so don't go overboard filling them.
4
First coat the pot with sunflower oil. Put about a third of a mixture of eggplant, zucchini, pepper and onion. Then make a layer of tomatoes, the sunflower, then the pot is put another third of the vegetables and covered with a second layer of tomatoes. The third time repeat of the same. At the top should be tomatoes. By the same token, put the vegetables in each pot, if you have several.
5
After this the stew you need to season sunflower oil. All stews need about 2-3 tablespoons. Close the pot and place in a preheated 200 degree oven. After 10 minutes, reduce to 150. And for the next half hour, you can forget about the hot dish and do the salad.
6
For the salad hard boil the eggs, cool, peel them from the shell. Cut into two pieces along. Each half chopped into thin longitudinal strips.
7
Dry cloth washed sorrel, parsley and dill. Sorrel cut into cut into small noodles, chop the greens. Will peel onion, cut into thin strips, scald with boiling water, allow to drain water and cool. Mix eggs, onion, watercress and herbs. Add salt and pepper to taste. Season the vegetable oil. Ready salad garnish with greens and slices of egg.
8
You can get the stew from the oven, place on a plate and start dinner.
Is the advice useful?
Подписывайтесь на наш канал