How to make shadows in Illustrator

From the vector graphics editor Adobe Illustrator a lot of opportunities - including the creation of a shadow from the object. But unlike most graphics editors, a dialog for working with the shadow is not so easy to find. Let's do it together. 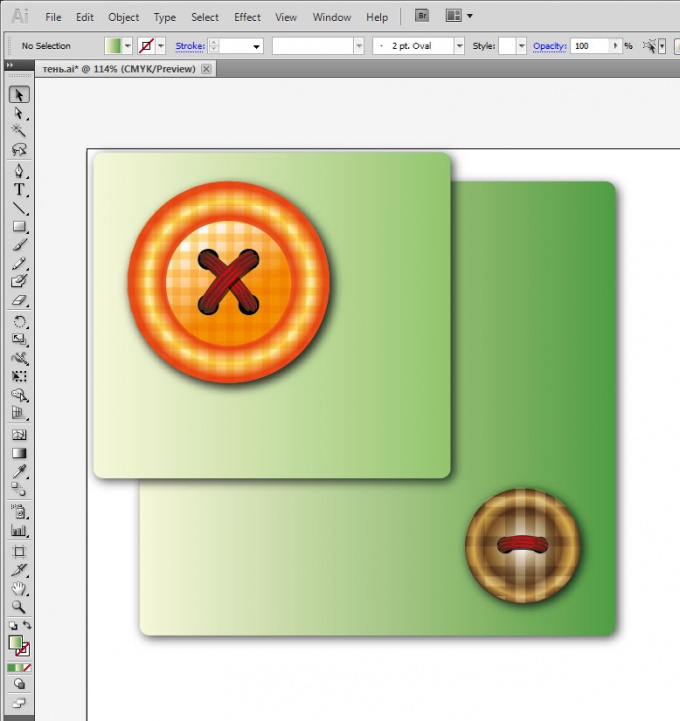 Related articles:
Instruction
1
Open Adobe Illustrator file with the object to which you want you need to add the shadow.
2
Select the object with Selection tool (first from the top in the toolbar). Open the Effect menu and choose Stylize - Drop Shadow.
3
You will see a dialog box to configure settings for the shadow. Adobe Illustrator CS5 more than in previous versions. For example, there is an X offset and "Y offset", responsible for the shift of the shadow relative to the object. Try to change the numbers in the boxes next to these parameters, and you will see that the shadow is moving horizontally and vertically. Choose a suitable position for you shadow.
4
The parameter Mode allows to set the blending mode of the shadow onto a plane. By default this will be the mode to "Multiply" (Overlay). Recommended it as such and leave, because this ensures that the shadow in most cases will darken the underlying background, as it should be.
5
The value of the parameter "Opacity" is responsible for the transparency of the shadows, and the "Blur" over the degree of blurring of the edges. The item "Color" is responsible for the color of the shadow, and the item "Darkness" - for the degree of dimming (but in the case of the shadow can only be black). Experiment with these values, choose those that are suitable for your purposes.
6
Don't forget to make sure that was put the box under "Preview," then you will see a preview of all chosen settings. As soon as the appearance of the shadow, you can click OK.
Note
If you want to fix something in an already created effect, don't try this using the same menu. Better select an object using the Selection tool, call up via the menu "Window" in the workspace palette "Appearence", and then select a shadow effect. Click on the name of the effect, and a familiar dialog will appear again. Now you can make any necessary changes to the shadow settings.
Useful advice
If you have an older version of Adobe Illustrator, and with the effect "Drop Shadow" work is not very convenient, you can create a shadow by copying an object and plugging it in black. Put the copy under the original slide to the desired distance to the right and to the left. blend using the effect of "Feather", which is where the effect "Drop Shadow" - in group effects "Stylize".
Is the advice useful?
Подписывайтесь на наш канал