How to dry squid

Dried squid is a great appetizer to beer, and not only. One problem - they are expensive. Frozen squid is much cheaper, and dry them with a easy at home. So why not try out the recipe? 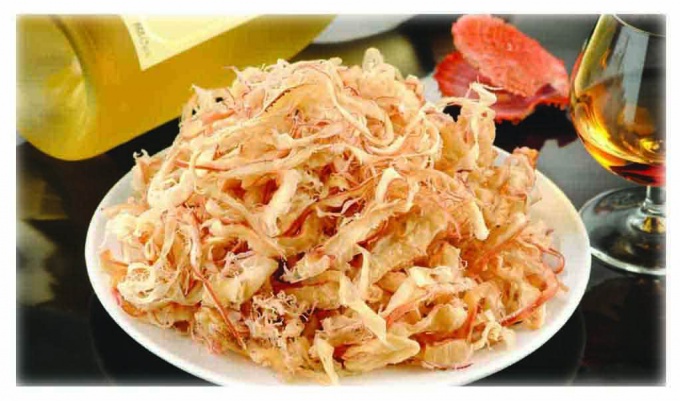 Related articles:
You will need
Instruction
1
Defrost the squid in a warm - about 30 degrees - water. It is advisable not to overdo the squid in the water, so they do not lose their nutritional properties, including a long finding a squid in the water can lead to loss of iodine, which is so badly needed in our conditions.
2
Remove the squid from the water, gently separate the head and the entrails, so as not to compromise the integrity of the SAC of the Sepia, the contents of which can be painted fillet in black.
3
Have squid in fillets or cut into rings as you like.
4
Prepare a brine of salt and water, temperature about 20 degrees. Filter it. Place squid in brine. The time of salting fillets 2-5 minutes rings - 1-2 minutes.
5
Remove the squid from the brine, put on the rack in order to drain excess water. Leave for about twenty minutes.
6
After this, place the squid on the grill rack. Can be dried in the microwave with combination mode or the convection oven. Mode is better to choose individually. An exemplary drying temperature is 60-80 degrees Celsius.
7
Dried squid fillet can be broken into strips, thereby obtaining dried shredded squid.
If you follow this recipe, dried squid work better than those that are sold in the store.
Useful advice
When buying frozen squid pay attention to the packaging, buy the product, Packed at the factory in the transparent film. Don't buy squid, if the film is damaged, and when the ice pack, it says incorrect storage conditions.

If you want to buy fresh squid, please note that the calamari was a thin layer of ice. Do not take seafood if the layer of ice melted, or when the characteristic odor of ammonia, which means the beginning of decay of the product.
Is the advice useful?
See also
Присоединяйтесь к нам
New advices