How to sew a ball

Football is one of the most popular sports, and if it can be presented without a special football uniforms on the players without the ball football makes no sense. Since during the game the balls are subjected to heavy loads from time to time they break and burst, and in this case, players have two choices – buy a new one or repair the previous one. To sew a soccer ball, no need extra knowledge – you need only durable and thick nylon thread, awl and loop, elastic rolled steel strings with a diameter of half a millimeter. 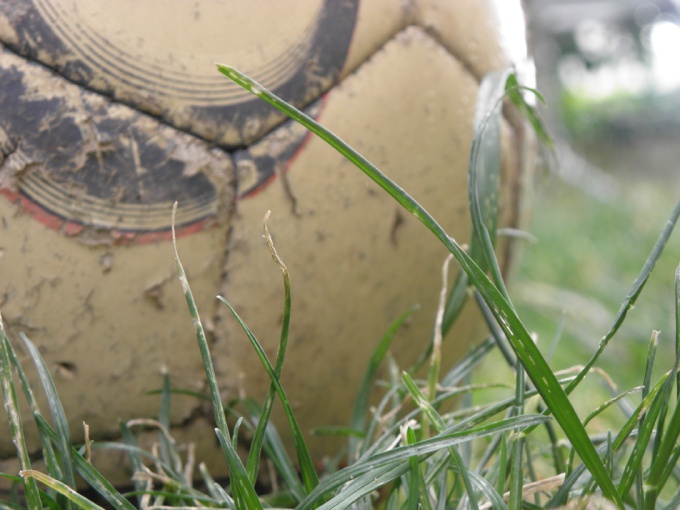 Related articles:
Instruction
1
First, take a string with a length of 20 cm and roll it out of the loop, heating it in the flame of a candle or lighter. Length of the finished stitches should be 10 see
2
With the screw M5-M6 clamp both ends of the string so that the loop stays in place, and stake it on a metal rod. Bend the tip of the loop to a small hook in order to make it easier to push through holes.
3
Now prepare the place for the seam is to determine what the pentagons of the ball are torn seams and their disposal, taking care not to damage the ball. Embroidered seams until, until they cease to separate themselves.
4
Secure the knot near the corner of a Pentagon, tying it several times for strength and then in the hole of the knot loop of string, and having it in both holes two linked pentagons. Insert the loop through the tip of the nylon thread and drag it through the hole.
5
Tighten the thread and tie a double knot so that it was inside the ball. Enter the loop in the two right holes and thread one end of the thread from left to right. Then insert the loop into the appropriate two holes on the left side and pull the second end of the thread from right to left.
6
Continue in a similar way to flash the pentagons, directing the filaments crosswise relative to each other. When you dollete to the corner of a Pentagon, tighten the thread and tie it a few times. Cut the thread and tuck the knot inside a wooden stick.
Is the advice useful?
See also
Присоединяйтесь к нам
New advices