Title cold food speaks for itself. It is cold dishes, served before the main meal to whet the appetite and set off to taste the delights of subsequent dishes. 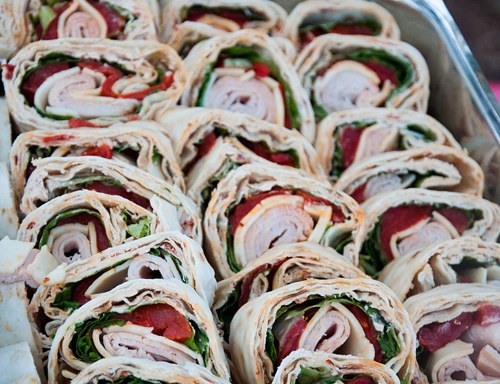 It is difficult to say in what country it first appeared cold snacks. The French awarded the championship himself. After all, traditional French meal starts with appetizers and aperitif , followed by soup, then a main course and ends with dessert. However, some historians believe that the first cold snacks appeared in Russia. After all, sauerkraut, pickles, red caviar and aspic – native Russian dishes, without which it had not done any self-respecting host during the reception.

In the last century in Europe has become fashionable to organize banquets on the menu which were not included hot dishes. The pace of life gets faster and there is no time and desire to sit behind a Desk for hours and absorb an incredible amount of food. Enough to eat a light salad or a tartine with caviar or pate, eat a slice of cheese or dried fish.

Russia did not remain aloof from fashionable trends. At official receptions try to limit receptions. But still, when on holidays in the house are friends and family, cold snacks fulfill its traditional role. This is a prelude to the main course. It's important not to fall face in the dirt. After all, how tasty were not cooked stuffed pike, served before him a plate of sloppily sliced cheese and thick chunks of sausage can spoil all impression of the meal.

To always be on top, learn a few simple and original recipes, and then about your culinary talent will go to the legend.

Take a sheet of thin Armenian lavash measuring approximately 20 by 30 cm, spread on soft cream cheese and top liberally sprinkle with chopped parsley. Cut into thin slices of salted salmon and place their strip on the greens, retreating a couple of inches from the edge of the pita. Roll the lavash into a tube and with a sharp knife cut the rolls in height 3-4 cm

Grate Parmesan, mix it with chopped canned pineapple and crushed garlic.Add a spoon of mayonnaise. Put it on the edge loktevogo cheese, which is for cooking hamburgers, wrap a cone and garnish with a sprig of dill.