How to choose a Linux distribution

The Linux operating system every year becomes more and more popular. To its undoubted advantages are high reliability and the absence of licensing. Deciding to try to work with Linux, the user is faced with a difficult choice – which distribution to use? 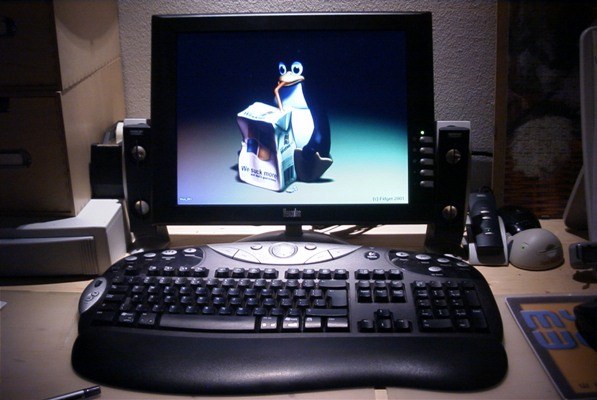 Related articles:
Instruction
1
Unlike Windows operating system, having a very small number of variations, Linux offers a large set of distributionagents. They differ about the same as a difference between cars of the same class. In Linux the user can try a few distributionagents and choose the one he likes.
2
A list of the distributions is very large, the most popular include: Debian, Ubuntu, Red Hat, OpenSUSE, Gentoo, ALTLinux, ASPLinux, Mandriva. They all have their advantages and disadvantages, while for the novice Linux user in the foreground, the friendliness of the system. The operating system should easily and quickly be installed on a computer, to "see" all the equipment and start working without any additional settings.
3
One of the most convenient for a beginner distrois Ubuntu s. Supported by a large user community, this version of Linux is easy to install, when it does not appear difficult for the beginner moments. In particular, the OS correctly identifies the drives, including NTFS. This means that you will have access to all the files that you used in Windows XP and Windows 7. It Ubuntu can be recommended for the first acquaintance with Linux.
4
Choosing a distribution Linux, read the description, view the screenshots. Pay attention to what desktops are present in the distribution packageie the desktop is the graphical shell that defines the appearance of the OS, its menu and frequently used programs. For Linux, the main graphical shells are Gnome and KDE. Users working with Windows will be more familiar KDE desktop. Compared to Gnome, it has more opportunities for customization.
5
With version 11.10, the aforementioned distribution is Ubuntu Gnome has the new GUI of Unity. Despite the many interesting decisions, it's very unique and not everyone will like it. A variant of Ubuntu with the desktop KDE is called Kubuntu. One of the advantages of Ubuntu and Kubuntu is that you can try these operating systems by running them directly from the installation disk. Themselves distributions are available for free download: http://ubuntu.ru/get.
6
The undoubted advantage of Linux is that this system has open code and can be customized as needed by the user. Maximum availability configuration distribution Gentoo. Its main feature is that the user collects its own distribution, optimized for specific hardware. This provides a performance increase, so Gentoo is rightly called the fastest distroom Linux. But for a beginner it is complicated to learn, so experience with Linux is better to look for other options.
7
Very good distributionω Linux is OpenSUSE. This OS was developed in Germany, so has a truly German quality, high reliability. Has a large number of fans worldwide. The least popular distribution Debian. His releases come out infrequently, but are very stable.
8
There are Russian distros of Linux – for example, ALTLinux and ASPLinux. After properly configured, they are quite normal work, the installation process is a lot like the lottery – someone all is put and works fine, someone has to "cast" after installation, ensuring the normal operation of the system. Therefore, it is better to opt for the distribution ofOh used in the world.
Useful advice
You can install on a computer two OS - Windows and Linux. Under Linux, when installing it is necessary to allocate on the disk free space to do this, use Acronis Disk Director. The system stack after the installation of Windows.
Is the advice useful?
See also
Присоединяйтесь к нам
New advices