How to cook potato pie

It is hard to imagine that the potato was introduced to Europe from South America about 300 years ago. He quickly became popular and now takes pride of place in cooking various Nations. It is possible to prepare a variety of delicious and nutritious meals. The potatoes are boiled, stewed, fried, baked, it can even bake a cake. 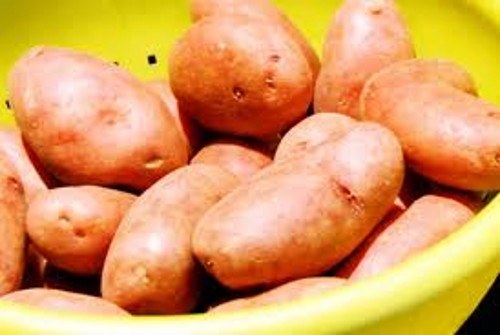 Related articles:
You will need
Instruction
1
Potato peel, wash and cook. Drain the water, and a pot of potatoes some time will hold on low heat or in the oven, so the rest of the water has evaporated.
2
Peel the onions, finely chop and fry in vegetable oil.
3
RUB the hot potatoes through a sieve or mash with a wooden pestle. Add butter, eggs and salt.
4
Boil the milk and gradually stir it into mashed potatoes. All mix well and lightly beat with a spoon.
5
Grease the molds or pan with butter and sprinkle with breadcrumbs. Put into it half of the potato mass and flatten.
6
Put the potato mixture on a layer of fried onions and cover with the rest of the mashed potatoes. Flatten again, sprinkle with oil or grease with sour cream.
7
Preheat oven to 200 degrees and put it in the form of potato pieom bake for about twenty minutes-twenty-five.
8
To the potato piefrom you can submit mushroom sauce. To make it a good rinse dried mushrooms in warm boiled water and soak in three cups of cold water for two to three hours.
9
Cook mushrooms in the same water in which they were soaked. Do not add salt. When the mushrooms are ready, strain the broth through a sieve or folded in several layers of cheesecloth. Cooked mushrooms finely chop.
10
Melt the butter and fry it in flour until light brown. Dissolve two cups of hot strained mushroom broth.
11
Cook the sauce at a low boil fifteen or twenty minutes.
12
Peel the onions, finely chop and fry in vegetable oil. Add chopped boiled mushrooms and lightly fry them together with onions.
13
Put the mushrooms with onions to the sauce, season with salt and let to writing a rolling boil for a few minutes.
Note
For the preparation of potato pulp or mashed potatoes, use only hot milk, otherwise the potatoes may acquire a gray shade.
Useful advice
Potato pie according to this recipe can be cooked with any vegetable or meat stuffing.
Is the advice useful?
Подписывайтесь на наш канал