How to consecrate salt

In many Slavic rites widely used bread and salt as a symbol of hospitality and prosperity. Special miraculous powers attributed to salt. It was used for the treatment of humans and animals, it was worn on the chest in the amulet as a talisman. Unique salt to consecrate once a year, but used it in a year, as it does not lose its properties. 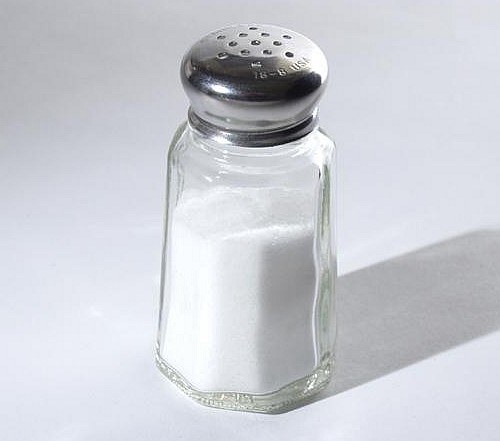 Related articles:
Instruction
1
This unusual product is prepared on Holy Thursday of Holy week, but in every region of Russia in different ways. Some believe that enough common salt to sanctify the Church; others that the salt needs to leave before the icons for the night; others that the salt should be collected "three houses", that is to go to three different houses and ask the owners of salt. The most popular method is the calcination of salt on the coals or in the Russian stove. Especially when it happens with various additives: with aromatic herbs or jingoistic grounds. This salt is also called "black salt", because after processing with high temperature it blackens.
2
Consecrate the salt can at home. Do it at night on Thursday or early on Thursday morning, with the sunrise.
3
Salt with herbs and rye bread. Crush dried herbs: dill, mint and oregano. Rye or Borodinsky bread soak in the water. All carefully mix with salt, put into a cast iron form and bake in the preheated oven. Keep the weight up until it will not turn black. Then cool thoroughly and grind peresypaya any dry bowl with a lid. To make 1 kilogram of salt you'll need 3-4 handfuls of assorted dried herbs and 4-5 loaves of bread.
4
Salt leavened with a thick. Large iodized salt mix leavened with a thick, which remains after fermentation of wort. Leavened grounds should be 4 times more than salt. The resulting mass is calcined in the oven as well as in the first method. Use this salt instead of regular.
5
Salt with oatmeal. For this you will need 3 packs of oatmeal. The cereal soak for 30 minutes in cool water, then drain the water, and "Hercules" mix with salt. Bake need to the appearance of smoke. In the old days this method is usually used in monasteries.
6
After salt put it in the oven, should be 3 times to read the prayer "our father". You should not cook Thursday salt in a microwave.
7
During the festive service will consecrate the finished salt along with eggs and cakes. If it is not possible to consecrate it in the Church in any case, it is very useful for health. The fact that during annealing changes its chemical composition: decreases the amount of chloridate, and the content of magnesium and potassium increases. Besides, leavened bread and oat resin rich in iodine, calcium, copper and zinc.
Is the advice useful?
See also
Подписывайтесь на наш канал