Why are potatoes green

Potatoes – tasty and healthy product that constantly eats almost every family. Special storage conditions it requires, however, the roots must be protected from sunlight to avoid greening. 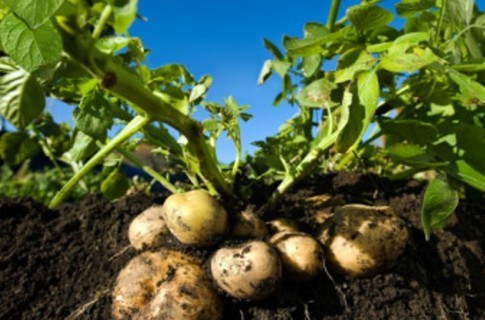 The reason for the appearance of green on ripe tubers – chemical reactions occurring in the potato exposed to sunlight. The fact that under the rind contains chlorophyll, which under appropriate conditions begins to interact with ultraviolet and infrared radiation, – so runs the notorious reaction of photosynthesis.

Chlorophyll is contained in all plants. Under the influence of light he gives them a characteristic green color, but sometimes paints the leaves in shades of purple. The potatoes initially are not green just because are in the ground and protected from sunlight. By the way, under artificial light photosynthesis does not start, so if the root has acquired uncharacteristic for them to color, then in the cellar there are cracks.

As the potato belongs to the family of plants Solanaceae and contains solanine – the strongest poison. During the process of photosynthesis, its content increases several times. By the way, the substance is present in Mature tubers, but in small doses – in a concentration of not more than 0.05 %. But in the foliage, pods-fruits and greenish roots its level increases significantly.

Green potatoes are not edible because of the solanine content increases in the whole root and not just certain parts of it. In large quantities the substance is toxic and when used 250-400 milligrams can lead to fatal outcome. The most dangerous from the standpoint of concentrations of hazardous substances are considered to be sprouts. However, green potatoes can be used as a seedling material – this time in the root run of the reaction, the positive implications for speed of growing crops.