A large number of novice gardeners beg the question, do I need to hill the potatoes or is it a waste of time and effort? In fact, hilling is an important stage in the planting care, without which it is difficult to get a really good crop. 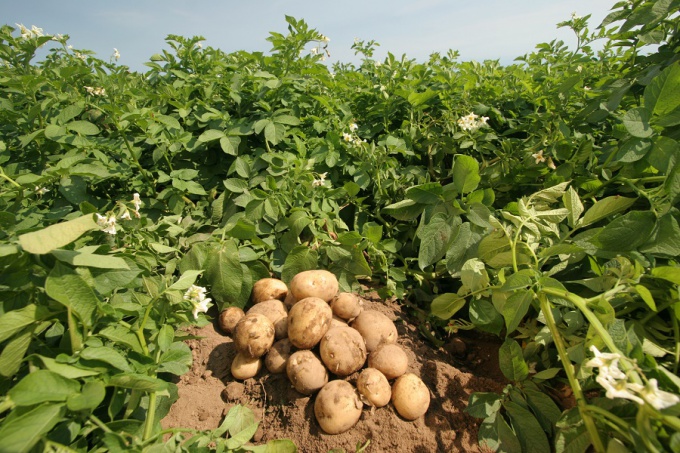 How to hill potatoes

If you love working in the garden, earthing up can be done twice with an interval of 7-10 days. After the first weeding wait for the rain. Using the chopper to make small ridges of earth, covering the bushes of a potato half. The first hoeing should be done when the green part of the plant reached a height of 15-20 cm.

After about a week of re-ridging, increasing the height of the ridges. During the week the potato tops usually increases by 7-10 centimeters. If the bushes have grown enough, put a re-hilling for a couple of weeks.

Don't spend hoeing in dry weather. Otherwise, potatoes may begin to hurt. This is best done after rain or watering. If weed a lot, first propolice landing.

Why do I need to hill the potatoes

If I don't do the hilling, the number of tubers is reduced dramatically. This is due to the fact that covered part of the stem begins to form roots, and, respectively, and tubers. In addition the soil is enriched with oxygen, which enhances the growth of roots.

Hilling helps to fight weeds. Importantly, during the formation of the ridges from the ground around the bushes do not damage the root system. Slightly bodrikov potatoes, seize the earth from between the rows, forming the desired height of the ridge.