Why is the grass green

If you go to the meadow in the morning, when the fresh dew covered grass, you notice the bright fresh stormy ocean of green. Green color is inextricably linked to the understanding of the people with grass. And with good reason. 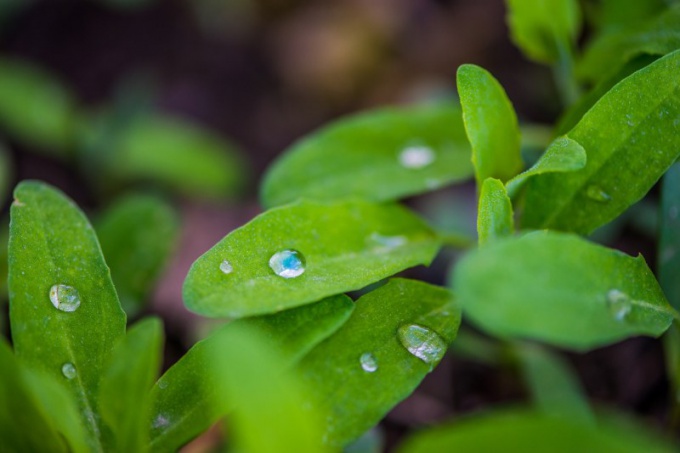 Related articles:
In childhood, many wondered about the reason for the green of the grass. However, not every parent is able to give the correct answer. Even those who were as in biology, do not always possess all information.

The simple answer is that in the cells of the herb contains a special substance is chlorophyll, which is green. If a little shake smart, you can even remember what the process of photosynthesis, experiments with potatoes and iodine and so on.

But really, inquiring minds are unlikely to calm down so that just the green chlorophyll. Inevitably arises the following natural question about how and why everything is what it is. Why green was elected by nature to grass, or the contained chlorophyll.

Chlorophyll is considered one of the good herbal components of many drugs. Scientifically it is not proven.

However, the inquisitive scientific minds have found the answer to this question. As you know, for the process of photosynthesis plants, like the grass in particular, absorb sunlight. And as you know people even slightly familiar with the school course of physics – electromagnetic radiation is displayed on a separate color being passed through a special prism. That is, "Every Hunter Wishes to Know Where Sits Pheasant". Mnemonic device remember red, orange, yellow, green, blue, Indigo, violet colors of the spectrum.

Chlorophyll has a distinctive composition, absorbing almost the entire spectrum. Except... green. The only color plants (in normal, not wilted) and reflect what people see with their own eyes. Turns out just a kind of electromagnetic optical effect, thanks to which people have long thought that grass is green.

In the autumn under the influence of cold and seasonal memory in plants the chlorophyll is destroyed. As a result, the effect of yellowing or reddening of leaves and grass.

This is because the solar day is shorter, the plant can no longer obtain enough electromagnetic light radiation for normal functioning.

There is a kind of preservation of the plant until the following spring that protects it from the ravages of frosts and other climatic factors.

Despite the fact that green is the color of the grass, in the world there are many other colors and tones. Not so long ago scientists found out that the favorite color in the world is blue.

Found that blind from birth people are able to see colored dreams. The nature of this is unknown.

Red men and women perceive differently. So, for the stronger sex is quite difficult task is a distinction of crimson, purple and coral. For women it is much easier.

Colors can be associated with music. When sad they are gray and black, with cheerful yellow and orange.
Is the advice useful?
Присоединяйтесь к нам
New advices