How to cook a juicy kebab in Armenian

Kebab is the favorite dish of most people who prefer spring, summer and even autumn, active rest in the lap of nature. As a rule, without kebab is not one camping trip. That is why we offer you the recipe of the traditional Armenian barbecue, which is a small national secrets. 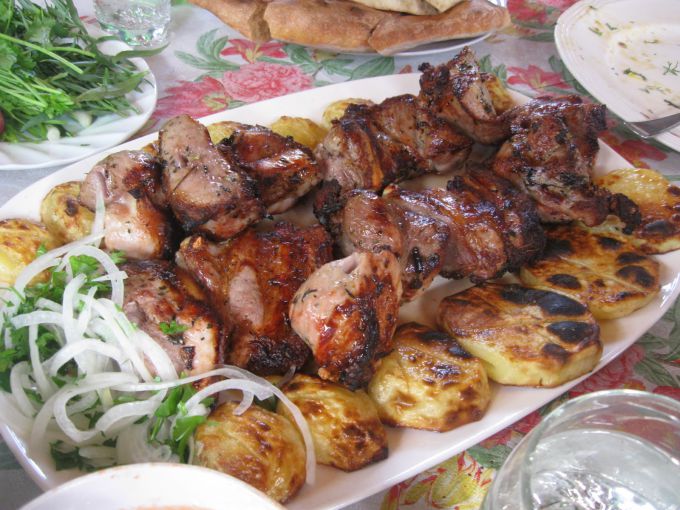 The first and most important secret is the lack of marinade. This kebab is marinated in its own juice with just onion, Basil and spices. The second secret is meat with streaks of fat. Because the fat gives an incredible richness to the finished kebab. The third secret is enough large pieces of meat. This size of meat allows you to get a fried crust and a juicy middle.

This barbecue does not require sauce, but if you really want, you can serve pomegranate Narsharab sauce, preferably homemade.