In the distant 40 years, America has spread the topic of UFOs. It was so popular, that Walter Morrison decided to use the fancy theme and create something like a flying saucer. 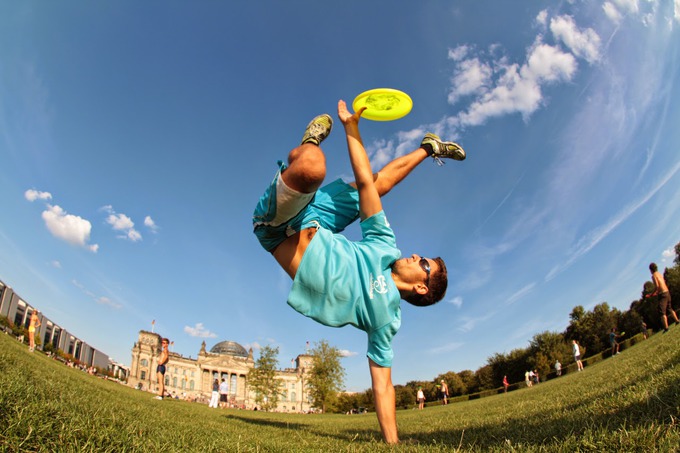 The first experiment was unsuccessful. But in several subsequent attempts after a number of options seven years later the plate is now made of plastic flew. After two years, they already went as tradable goods under the trademark.

Like a real American students that have repeatedly appeared in numerous films, students from Yale University, to amuse himself, often throwing muffin pies. This is in honor of the names of those tin plates company Frisbee Pie Company was named flying disc. One letter had to be replaced in order to avoid litigation about borrowing names.

With a Frisbee, you can play several different games. This and the GATS, when split into two teams, no more than five people in each, participants throw the disc so that it couldn't catch with one hand a rival. To win, you need to apply a force. Thus, the sport has a positive effect on the development of the muscles of the hands.

Ultimate is already something like American football. Here also involves two teams, and on the hills gates are located. Drive can be taken away from the enemy, trying to convey to the person on your team whose responsibility is to stand on other people's gates and wait for his moment of glory. To earn points for his team, he needs to be in a certain area, not far from the gate.

In the game there are different obstacles for participants, which complicates the process and makes the game even more entertaining. Command to the DDC consists of only two people. And here it is necessary not only to throw the disc so that its not caught members of the opposing team, but by not simultaneously hold two disks, used in one game. Thus, the game is very well alive. 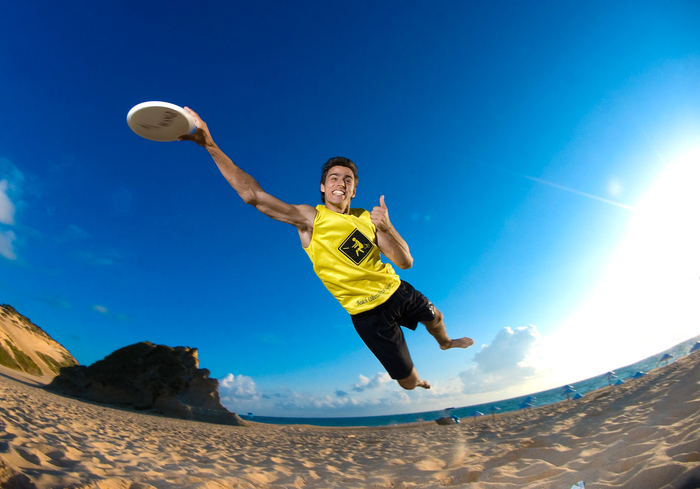 With a Frisbee you can also show the tricks that will be a kind of freestyle. Play with it, even in disc Golf. And besides all human games, the disc will become a favorite toy dog. Besides the usual workout with your pet, it's possible to participate in competitions on dog-Frisbee. They come in two variants — in range and accuracy. And the usual home game, when the person throws the disc and the dog catches it, not only please a shaggy pet, but will provide health and good mood of its owner.