Buy chocolate Kinder surprise eggs is always a gamble, you never know what toy will be inside. Often the content does not meet expectations, and it might upset your child, and adult too. In trying to unravel the mystery of Kinder surprise resourceful citizens have developed several ways to at least roughly understand what is hidden inside the egg. 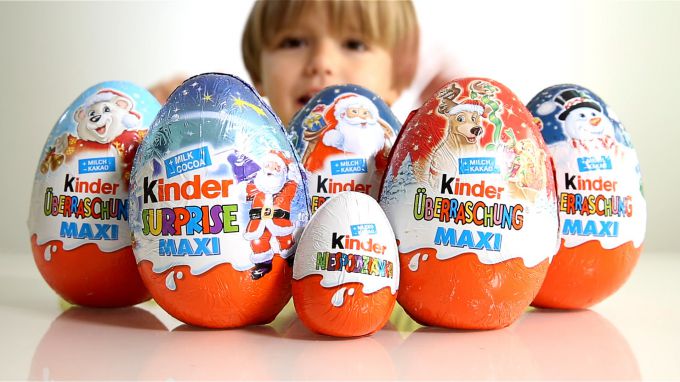 Appearance the wrapper gives an idea about the series. On the foil can be depicted Disney Princess, Masha and the Bear, kitty and other characters. Buying an egg with the appropriate wrapper, there's a chance to figure out of the main collection.

But, alas, often comes across is not what you would like. Therefore, when choosing eggs, you can use the following above.

To check the egg weight. Method working, but without instruments it is difficult to determine the exact weight of the eggs because the toys in Kinder surprise differ by only a few grams. Lucky for those who have a Libra scale to a tenth of a gram. You can come with them to the store and weigh the eggs. Often Kinder surprises weighing more than 30 g contain a collectible figure, and light puzzles or designer.

A fairly accurate way to determine what's inside the egg, shake it and listen to the sound. Solid figures almost make no sounds. Usually they are tightly pressed against the paper sheets to the walls of the plastic container inside the egg. The designers will have a dull sound.

Probably the most reliable way to determine the contents of Kinder surprise is the reading of the marking. On the wrapping foil with the back side of the egg near the date of manufacture is code – combination of letters and numbers. Usually two letters mean that hidden inside a collectible toy. For example, the code "HK" ensures that you pick a toy from the series "Hello Kitty". The marking of three letters means that the egg designer or other toys that are not included in this series.

Practice shows that the latter method of solving a mystery Kinder surprise does not always work, so for an accurate shot you need to use all kinds of tricks.