How many episodes in the cartoon "Masha and the bear"

Popular Russian animated series "Masha and bear", created using three-dimensional graphics, in a short time acquired a love of a huge audience of children in Russia, Switzerland, France and Canada. For the first time the cartoon was released in 2009 so how much of his series was filmed since then? 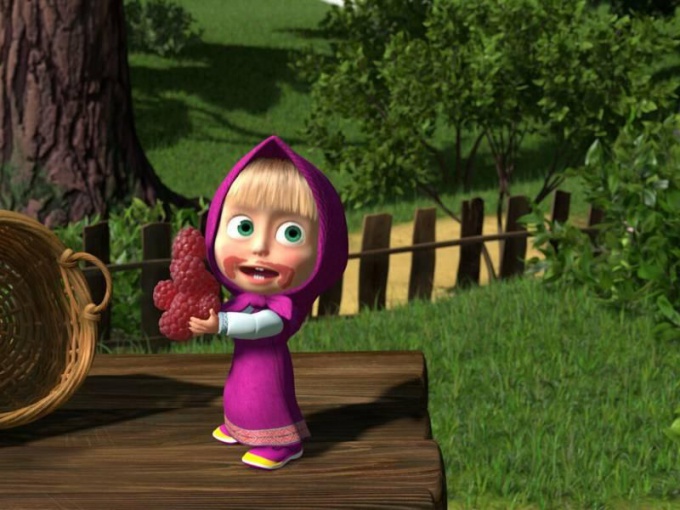 The first spin-off animated series, released last year, called "Machines tales" and consisted of 26 episodes, created on the basis of Russian fairy tales. To date, "Masha and the bear" has 42 series – for the period from 2009 to 2013, the creators of the cartoon drew 38 series and in 2014 he released 4 new series.

A few episodes of "Masha and the bear" has received many awards on different international festivals, including for best TV animated series. The human voice Masha and the bear gave Alina Kukushkina, Boris Cutnew.

The only human character in the cartoon is a girl Masha, which has a good, responsive and immediate in nature. Mary loves sweets, lollipops, playing with cups, balls and awards. She is very curious and energetic – Mary often asks different questions, jumps into the bucket, watching cartoons and telling stories.

In addition, the girl knows how to walk moonwalk, slightly squints, knows how to fight in hand-to-hand style and makes great jam. Masha does not know how to cook dumplings and porridge, plays hockey the penguin and the hare, perfectly played chess and masterfully drawn with the joiner tool and electric guitar.

A bear named Misha was in the past a very popular circus, which had many awards, medals and cups. He is retired, loves polishing to Shine their jewels and committed to the silence, peace and comfort. Masha also strongly disrupts the quiet life of the bear with their antics – because of its very active nature of the residents of the yard refuse to play with her. Bear wants only one thing – quietly go about their bees, vegetable garden and flower bed, watch football, go fishing and eat the honey.


Except the girl and the bear, the cartoon also has secondary characters – bear, in which unrequited love with the bear Misha, rabbit, stealing from Misha's garden carrots, wolves suffering from Malinovo mischief, and protein to fend off Masha pine cones.