Why yellow cucumbers in the greenhouse

Planting cucumbers in a greenhouse beginning in early may. The ground for this ready in the fall, treating it with a solution of potassium permanganate and water (3 g per bucket). But very often when growing gardeners find that the ovary and the leaves of the cucumbers begin to turn yellow. 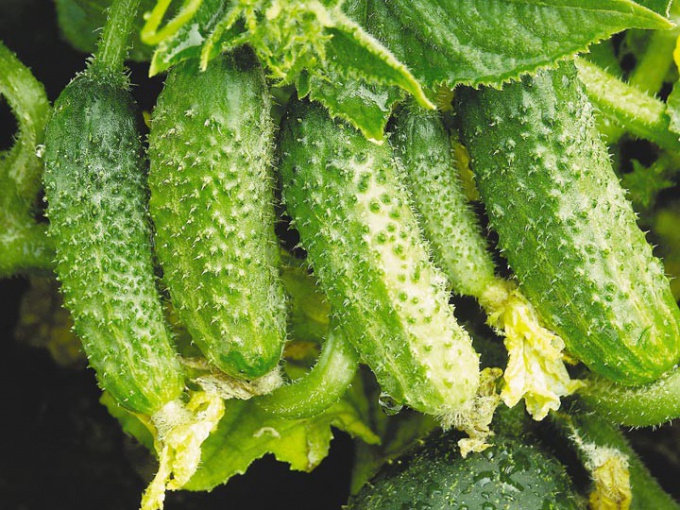 Why yellow cucumbers in the greenhouse, explains the five factors of irregularities in the withdrawal:

The lack of power

Rational nutrition of the soil at the time of pereopisanie in spring and autumn will enrich it with minerals. Just add rotted manure, ashes, superphosphates and fertilizer rich in potassium. Only a lack of these minerals leads to the fact that the leaves of cucumbers first lighter, then appear yellowing. This shortcoming affects the results – they begin to curl.

The lack of heat

Low night temperatures are one of the primary reasons why yellow cucumbers in the greenhouse. Cucumbers are heat – loving plants that are very sensitive to temperature changes. This is especially true in the middle of Russia, when the last frost will attack at night. To avoid this, you need to insulate the greenhouse, covering it with a membrane, and the plant itself, laying next to the seedling containers with water. The water should be hot enough because the temperature is favorable for the growth of cucumbers should not be below +22°C.

The lack of water and low humidity

The plant gives the signal that it lacks moisture, twisting and yellowing of leaves. With insufficient watering the roots take moisture from the stem and leaves, so yellow cucumbers in the greenhouse. In this case, it must be remembered that for the active fruiting need watering twice a week. For one plant will suffice 25 l. of warm water, and it makes delicious and juicy fruits.

For the formation of the whip it is necessary to produce a nipping and remove the ovaries if there are more than 20 pieces on one Mature, fruit bearing plant. The excess of the ovaries will also cause a when in the greenhouse, the cucumbers turn yellow and have an irregular shape.

Powdery mildew may occur after irrigation with cold water. Leaves begin to lighten and fade, the ambulance will serve as a spraying solution of manganese and a solution of mullein.

With the defeat of the root dust of the soil, you must fertilize with chalk, ash and charcoal. Plants whose roots are already affected by a disease, you need to remove along with affected soil, to prevent further spread to healthy roots.

Spider mite primarily affects the inner side, there is a yellowing of the land, and then the entire worksheet. Warm environment in the greenhouse – a favorable atmosphere for the breeding of mites, so it is impossible for the subsequent destruction of plants, they must be decontaminated with a special tool "Akarin" or "Fitoverm".

One of the greatest enemies of the cucumber – greenhouse whitefly, capable of feeding on SAP of leaves and stems. Frequent weeding will partially eliminate this problem, which is also yellow cucumbers in the greenhouse, because whiteflies from weed goes to the plant's a fruit. During the ventilation of greenhouses should be possible to close the opening in breathable mesh. Spraying water to produce as often as possible and do not forget to loosen the soil, make fertilizer in the form of rotted sawdust, peat and humus.

The reason of occurrence of aphids on the plant is the same as in the previous case, the presence of weeds. In addition to thorough weeding and loosening the soil of the greenhouse, regularly need to spray the whip in soapy water and infusion of tobacco.

In order to avoid any questions about why yellow cucumbers in the greenhouse, it is necessary to take into account all the above factors affecting the quality and fertility of this plant.