The history of the song "Katyusha"

Not so many songs through the decade, detached from the author and lives an independent life. Creating a good music and lyrics not guarantee the love of the people. Here the main role plays hit songs in different times, historical events. 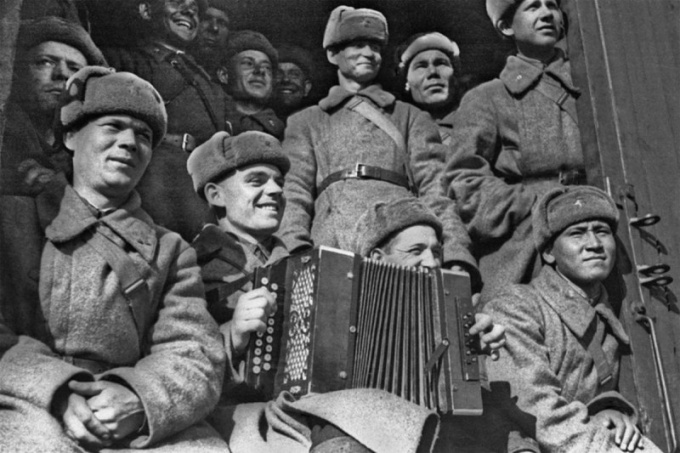 The history of creation

The famous "Katyusha" was born a few years before the great Patriotic war in 1938. The efforts of the poet Mikhail Isakovsky and the composer Matvei Blanter was created by the hit of the century. The first performer of the song became the soloist of the jazz orchestra Valentina batishcheva. Subsequently, she sang with such legends of Russian songs as Ruslanova, Vera Krasovitskaya, Georgy Vinogradov.

Easy and catchy tune quickly became popular and has gone to the people. After a few years with this gentle woman's name became firmly associated military installations of the great Patriotic war, bringing terror to the Nazi troops. Dubbed them so retroactively.

The famous "Katyusha" is an organic unity of text and melody.

According to the recollections of the authors, M. Isakovsky wrote the first vivid and memorable Vasilisa, and then he began the creative "stupor". With poets it happens, nothing usual. However, when the verses came to the composer and he "found" the right melody, Isakovskogo Willy-nilly, I had to write a continuation and ending of the future hit.

Despite the fact that the battle has not started yet, got it already. On the basis of this was born the romantic idea of a story about a girl longing for her beloved, who had gone to the front. With the task set by the composer, the poet handled it brilliantly. The mood set by the music, supported by poems. Already in the first performance of the song was performed three times for an encore. Further – more.

The war broke out. "Katyusha" is in the hard times helped to survive, raising morale, strengthening the soldiers of the faith in inevitable victory. According to the memoirs, it is "recharged" even the Nazis – that's how winning was the power of melodies that are inextricably combined with the text!

Interestingly, Isakovsky left several versions of the story in the lyrics. Including the option of ending where Katya goes on the shore, "takes a song with you." It is rare, but still performed.

The song "Katyusha" according to researchers typed at least two dozen front-line, the uncensored variants.

Katusha much more fortunate than other songs of the war years. So, the "Dugout" of Alexei Surkov long passed military censorship because of alleged "relaxing" lines: "and to death four steps..." And the poem of the same Isakovskogo "Enemies burned native hut", written at the end of the war, and all came under an unofficial ban in almost twenty years. A "Katyusha" today in the ranks! Sounds cheeky, witty and mischievous!
Is the advice useful?
Подписывайтесь на наш канал