How to cook a puffy omelette pan

Omelet consisting of eggs, milk and other ingredients to taste, is a fairly simple dish, but to cook a puffy omelette, you need to know a few secrets. 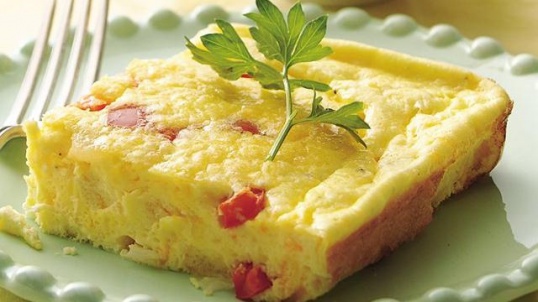 In the kitchens of the world, the omelette is cooked differently. So, a traditional French omelette is prepared without milk, flour and broth. As components for this dish uses cheese, green peas, ham, fruit or pancakes. Omelette French fried only on one side.

The Italians instead of butter in the omelet add the olive. Required components of the dish is cheese, if desired add pasta, meat and vegetables.

Omelet Soviet get high, tender, soufflé-like foam. To prepare this dish, you must follow some laws.

How to cook a puffy omelette: secrets

1. Some hostesses also add to the scrambled eggs baking soda that absolutely can not do.

3. Add in scrambled eggs a few pinches of starch which will help the dish to retain its fluffiness.

4. To obtain a fluffy mass beat the fats separate from the proteins and only after that connect the other components. It is the egg yolks allow the omelet to keep the magnificent form.

5. Ready omelet immediately put hot on the plate, otherwise the dish will lose its shape as a result of temperature difference.

Fluffy omelet cooked in a pan

Separate the yolks from the whites and whisk them separately until stiff peaks. Then using a wooden spatula mix egg masses in a small container, add salt and other spices according to your taste. Later in this mass should pour the milk and add the flour. The resulting mass whisk again until smooth.

In a pan melt the butter, then pour the egg mixture and distribute evenly across the surface. Cover skillet, and cook the omelet over low heat until tender.

The resulting fluffy omelet cut into portions, arrange on a plate and serve. Bon appetit!