What is the essence of ECO

The procedure of in vitro fertilization couples thinking usually when it is impossible to figure out or resolve the cause of infertility. Before you decide on it, you should find the answers to all the questions: what is ECO, what are the possible adverse effects, whether a healthy child and how much is artificial insemination. 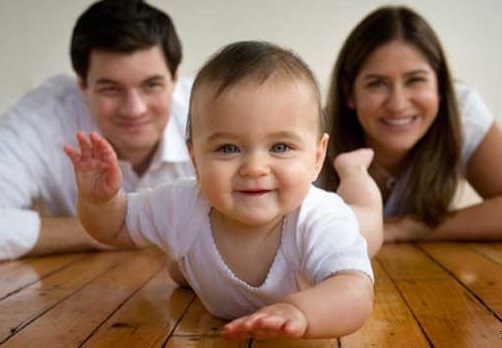 The essence of the methodEKO

IVF is the following: the woman's eggs are retrieved from the ovaries and placed in a test tube and fertilized with her partner's sperm. Then, the hooked embryo in the uterus, the woman wears a pregnancy and gives birth to a child. Sounds simple, but to obtain viable embryos have to comply with many conditions.

The first of them — for successful replanting must take place several embryos. To this end, in the next two weeks, a woman makes herself subcutaneous injections of hormonal drugs that stimulate ovulation. Usually, this diferelin in a dosage of 0.1 mg, the second day of the cycle. Ready egg retrieval is performed using the puncture, relatively painless and less traumatic.

During IVF the woman is recommended to drink piroxicam, improves blood circulation in the pelvic region. It increases the chances of a successful attachment of the embryo.

Sits always multiple embryos to increase their chances of survival. The result is often pregnancy IVF is becoming prolific. If too many embryos or woman does not want to bear twins, doctors may remove the excess. However, intervention significantly increases the chances of destruction of the remaining embryos and miscarriage.

The hooked embryo in the uterus is the least traumatic way — by means of a flexible thin catheter through the vagina and cervix. It's completely painless and fast. The essence of ECO expressed that the artificially created embryo to continue living the ordinary natural life, becomes attached to the uterine wall and begins to grow.

After placing the fertilized egg in the uterus also need hormone therapy — in this case, decrease in the production of hormones and prevent hyperstimulation of the body.

Children from a test tube

The connection procedure of the egg and sperm are produced by using modern equipment in the embryology laboratory. The cells are connected in a special physiological solution, and after a few days see the result.

Highly qualified doctors with the help of electronic microscopes and special programs conduct monitoring of embryos. Identifies chromosomal defects, developmental abnormalities and other possible pathology. Such embryos may be the natural pregnancy, in which case they are rejected at the initial stages of a woman's body. If artificially implanting a defective embryo the woman, he also will come out with the next menstruation but an attempt will be expended, and IVF is expensive, so doctors are trying to increase the chances of success.

Advantages and disadvantages of IVF

The advantages of ECO are obvious — the infertile couple the opportunity to conceive and give birth to a child. However, the performance of ECO only 35-49%, but this may not be enough. It is difficult to predict in advance, some women become pregnant the first time, others the tenth.

To do artificial insemination is often impossible due to various reasons. First, the hyperstimulation of the female body is harmful and repeated rounds of hormone therapy is possible only after 2.5-3 years. A small consolation — the embryos are saved and you can repeat infusion after six months.

Secondly, IVF is quite expensive, the procedure itself is about 100-200 thousand roubles, plus payment of hospital expenses and medications. Not every family can afford such a pleasure, even if you really want the baby. Yes and pre-selection of embryos tested for the presence of genetic disease is also a paid service, it costs 50 thousand rubles.

Not little doubt parents raise questions about whether children ECO healthy. If this practice caught on relatively recently, in Western countries it has been in service for over 30 years, and the first tube-babies grew up and themselves become parents. Accumulated the following data: from test-tube babies still less likely to be healthy, they have 30% more common congenital abnormalities, they are often ill cancer and infertility.

Perhaps, the reason lies in the genetics of the parents (it's not just because they were infertile), or the impact of enhanced hormonal therapy. By the way, it is not very useful for female hormonal balance dropped for a few years, there are a variety of education, fibroids and cysts. To reduce the impact of the second factor, some women choose a natural maturation of oocytes, but you should understand that the chances of getting pregnant while reduced several times.

Another point for possible infertility IVF children. We should not forget that they were conceived over 20 years ago when technology was not yet possible to identify congenital abnormalities and chromosomal abnormalities. Today, medicine is rapidly moving forward, and choosing the right clinic, you can significantly increase your chances of success.