How to grind the cinnamon at home

Often the stores is implemented is not the genuine cinnamon, and Cassia bark of the Chinese cinnamon tree, which is able to provide a laxative effect on the body, but to provoke diseases of the gastrointestinal tract. To protect yourself from fakes, it is recommended to purchase cinnamon sticks and then grind it. 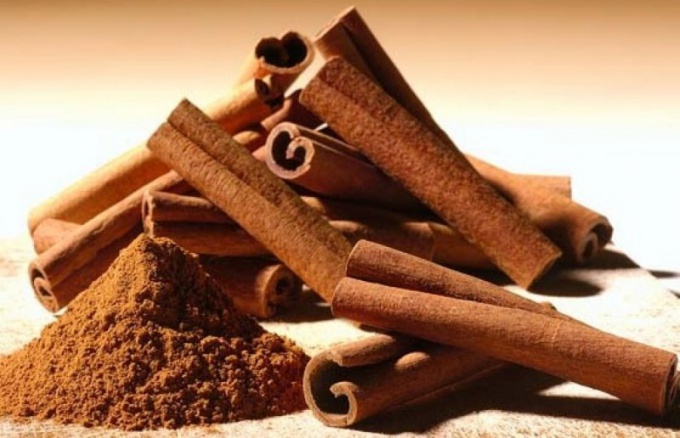 Cinnamon and Cassia - how to distinguish a fake

Cinnamon, or, as it is called, chorionic Ceylon – this evergreen tree of the Laurel family. However, in everyday life called cinnamon the dried bark of this tree. It is widely used as a spice in cooking and also as essential oils in medicine and cosmetology. Sold by cinnamon, usually in the form of a tube rolled in pieces of bark, and often in the form of a hammer.

For the production of spices the cinnamon is grown in over two years. Then it was pruned at the root. In the next vegetative year on cut tree formed about a dozen young shoots, which cut the bark. Then it is dried, the outer layer is removed and leave only a thin inner layer. As a result, no meter cinnamon strips that curl after drying in a long tube. The tube is then cut into pieces with length from 5 to 10 cm in length. They go on sale.

To feature cinnamon powder from powder of Cassia sufficient to carry out the test of iodine, which is easily accomplished even at home. When applied iodine to the cash Desk, it is painted in dark blue color, whereas the same procedure cinnamon gives only a faint bluish tinge.

How to grind cinnamon stick

For many purposes it is necessary cinnamon powder. To get it, a stick of cinnamon to grind. Ordinary fine grater for these purposes will not work. Immediately lay the stick in the blender or the coffee grinder should not be too – get different size pieces.

Let's first stick to dry on a dry pan. This procedure will make it more fragile, will remove excess moisture and intensify the flavor of the spices. But it should be remembered that to dry and grind the cinnamon should be in small volumes, because the whole sticks retain their properties for a year, and shredded lose six months later.

After drying, the sticks should be laid in a sturdy package and rolled with a rolling pin. The end result is pretty small pieces. The same result can be achieved with a mortar.

The resulting pieces of this size can be put in a blender, food processor, grinder or coffee mill.

Store powdered cinnamon should be sealed glass or ceramic container, and always in a dark place. Under these conditions, the cinnamon will remain fresh and fragrant.
Is the advice useful?
See also
Присоединяйтесь к нам
New advices