How to treat inflammation around the eyes

Inflammation of the skin around the eyes can begin for several reasons. Thus, the body can respond to poor-quality cosmetics, lack of витаминjd or sleepless nights. However, sometimes these symptoms can indicate eye disease. Proper care and timely initiation of treatment will help restore the skin's lost beauty. 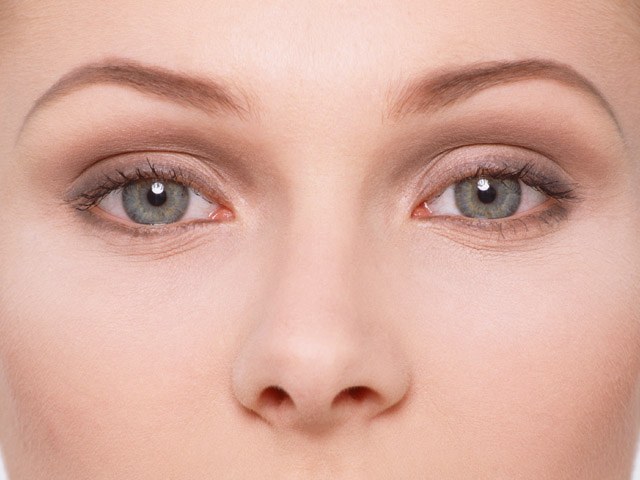 Related articles:
With the appearance of itching, redness, peeling of skin around the eyes must see a doctor to rule out an inflammatory process. If this is not possible, you should try to find out by themselves the causes of the inflammation. The treatment of the illness depends on the clinical picture.

Drug treatment of inflammation of the skin around the eyes

The inflammation may begin as a result of skin lesions ciliary mites. In this case, to conduct an independent treatment unsafe. Identifying the cause of the inflammation, the doctor prescribes drugs. At the initial stage of the disease, the specialist may advise you to apply the ointment Bluefroger or Demulen. In addition, you will need to give more time to the hygiene of the eye. If the disease is neglected, the ointments is not enough. In this case, treatment is necessary to use antibacterial drops. These include a solution of erythromycin or sulfatsil sodium.

Sometimes the inflammation of this type is one of the signs of allergies. Therapy should be initiated after defining the allergen. As a rule, treatment is complex. It includes the use of antihistamines and creams containing corticosteroids lungs.

Treatment of inflammation of the skin around the eye folk remedies

Inflammation caused by dryness of air, fatigue, too dull or, conversely, bright lighting, you can eliminate using conventional lotions, prepared on the basis of decoctions of medicinal herbs. Very good help decoction of chamomile or succession. Also inflamed skin can be wiped with ice cubes from decoctions of the same.

If the inflammation is caused by a lack of vitamins, so you should pay attention to what you eat. Most often, redness or peeling of the skin around the eyes caused by lack of vitamin B. Therefore, the menu should include legumes, deep sea fish, dairy products, liver.

With the appearance of inflammation after the use of substandard cosmetics, first of all, you need to thoroughly clean the skin. After that, it is advisable to make lotions from infusions of chamomile, mint, parsley or dill. Thus, I make inflammation and skin will Shine with health. Makeup, caused a negative reaction, it is better not to use.

In the case when the cause of the inflammation could not figure out the symptoms you can try to remove by using the following recipe. Take a medium size potato, chop it into mush, and add 5 drops of olive oil. Mixture stir. Next, take 2 pieces of sterile gauze and each of them put a tablespoon of the mixture. Apply lotion to the affected areas for 10 minutes. Over time the remains of the mixture, rinse with cool water, and the skin around the eyes with olive oil or other vegetable oil.
Is the advice useful?
See also
Присоединяйтесь к нам
New advices