How to get rehabilitation after a shoulder fracture

The goal of rehabilitation after shoulder fracture - full recovery of the damaged organ. For this purpose, exercise, massage and physiotherapy. 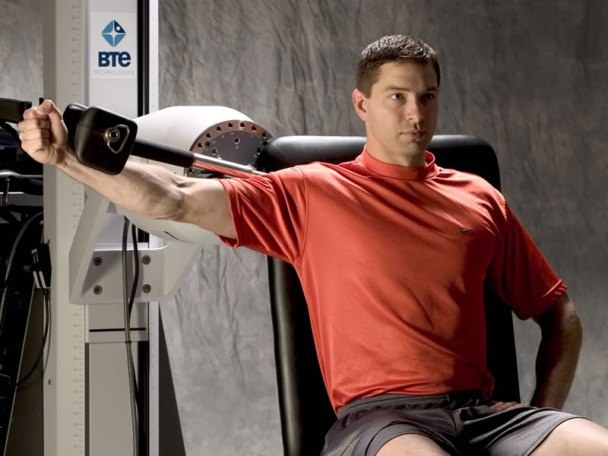 Related articles:
Fractures of the upper, middle and lower portion of the humerus bones are not uncommon: approximately one twentieth of a patient with a fracture. Most often such injuries people get during a fall on a stretched hand or in a traffic accident. Depending on the type of fracture use a conservative method of treatment with the imposition of a plaster bandage or surgical intervention. The duration of treatment and rehabilitation in each specific case is different: on average, to recover the damaged organ fails in six months.

The initial stage of rehabilitation after a shoulder fracture

Rehabilitation after fractures includes physical exercises, massage and physiotherapy. Exercise therapy is recommended to begin the practice immediately after rendering of medical aid after the injury, it took two to three days. First, it performs active movements of fingers of the paralyzed hand and isometrically tense muscles of the injured shoulder. Isometric tension means the reduction of muscle tone without stress on the joints.

After removing the plaster bandage, you can proceed to more active pursuits, which include a variety of exercises (bending, centrifugal and circular motion), breathing exercises, walking and exercises to improve posture. For the relief of pain and rapid recovery of damaged tissues in patients administered magnetotherapy, UHF, massage, diadinamotherapy.

The final phase of rehabilitation after shoulder fracture

In the next stage, physical activity is becoming more intense: when you exercise, the patient uses balls, bands, fitness equipment, gymnastic stick, a block device. Good effect give lessons in the pool and massage, which is performed, alternating between stroking and squeezing.

After final healing of the fracture, the patient can begin to exercise power on weights and resistance. Need to do more movements that require precise coordination to the injured limb became fully operational. At the final stage of recovery, special attention should be given to household and professional rehabilitation of the patient.
Is the advice useful?
See also
Присоединяйтесь к нам
New advices