Which bread is healthier - white or black

Someone thinks brown bread is more useful. And someone is convinced that healthier white bread. Unfortunately, a clear opinion can not be here. Black and white (rye and wheat) bread in its composition about the same. But rye is superior to their "white brother" in some respects. 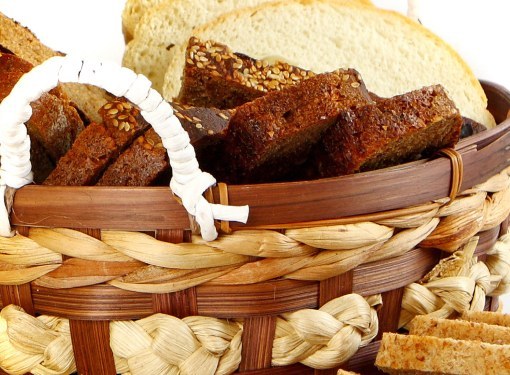 In black bread more lysine than white. Is an essential amino acid involved in the process of tissue regeneration and normalizes metabolism. The darker the loaf, the more trace elements (not much, but still), such as manganese, iron, zinc. In rye bread, add the malt and in wheat – no. By the way, for he and black malt, rye bread without malt – gray color. The malt contains a solid dose of vitamin E.

But white is tastier. And he also has a few advantages. It does not cause heartburn, so it is recommended to all who have stomach problems such as gastritis or ulcer. Not only is having an increased acidity of gastric juice, there is fresh bread piping hot. It will further enhance the acidity.

But black unleavened bread, which is prepared on a drunken, not yeast leavened, is also very acidic, and generally not recommended for people with diseases of the stomach. The white bread structure is more soft and black – tough. Therefore, white – comfortable for a troubled stomach and intestines.

Most of the fiber, fibers, vitamins and minerals in whole wheat bread. Even better if it added bran. This bread is not black and not white, but brownish gray, with inclusions. And it is perhaps considered the most useful. It has no contraindications. He long does not get stale. It contained such useful additives such as seeds, aniseed, sesame, cumin, nuts, dried fruit. Bran cleanse the bowel and eliminate toxins. But this bread has one flaw. It is more nutritious than black and white (because of the dried fruit, seeds and nuts). Therefore, dieters must be careful. And having diseases such as intestinal colitis also. Bran can cause irritation of the intestine.

How much and what is

The benefits and harms of bread – not his color and not even in its composition and in its amount and is that you with this bread you eat. If the bread you eat a lot of fat – sausages, butter, cheese, neither black nor white will not be useful. But if you eat a maximum of 150 grams of bread (of any color) in the day and have a balanced diet, and rye and wheat bread only adds fiber, carbohydrates, vitamins and minerals.
Is the advice useful?
See also
Присоединяйтесь к нам
New advices